We met up with Gina and Rob about a year ago in the city for their engagement shoot. At that point the wedding seemed so far away, but in the blink of an eye it was here, warm weather and all! And what a beautiful day it was.  When we stopped in to see Gina and her bridesmaids, we walked into a sea of matching pink button down shirts, all attending to their last minute details. There was a little time to relax before it was time to leave, so the girls opened up some champagne and had some laughs with the oversized cut outs of Rob’s head (which were a hit all night long!) Rob and his crew were looking dapper as well, decked out in their suits and original Star Wars socks to commemorate May the 4th.  The two were married in a lovely ceremony at St. Peter’s Church in downtown Saratoga. From there we headed to Congress Park to take some photos. We found out there that this was also the place where Rob proposed to Gina. We learned even more Gina and Rob trivia from the heart-felt and very informative speeches given by four members of the bridal party. From there, there was dinner, dancing, and doughboys (a local snack favorite if you are ever in Saratoga!) We left just as the band was wrapping up their last set with a packed dance floor. We wish Gina and Rob the best of new beginnings as they start their married life in Saratoga, a place that holds magic from the past and now their future! May the fourth be with you, always! 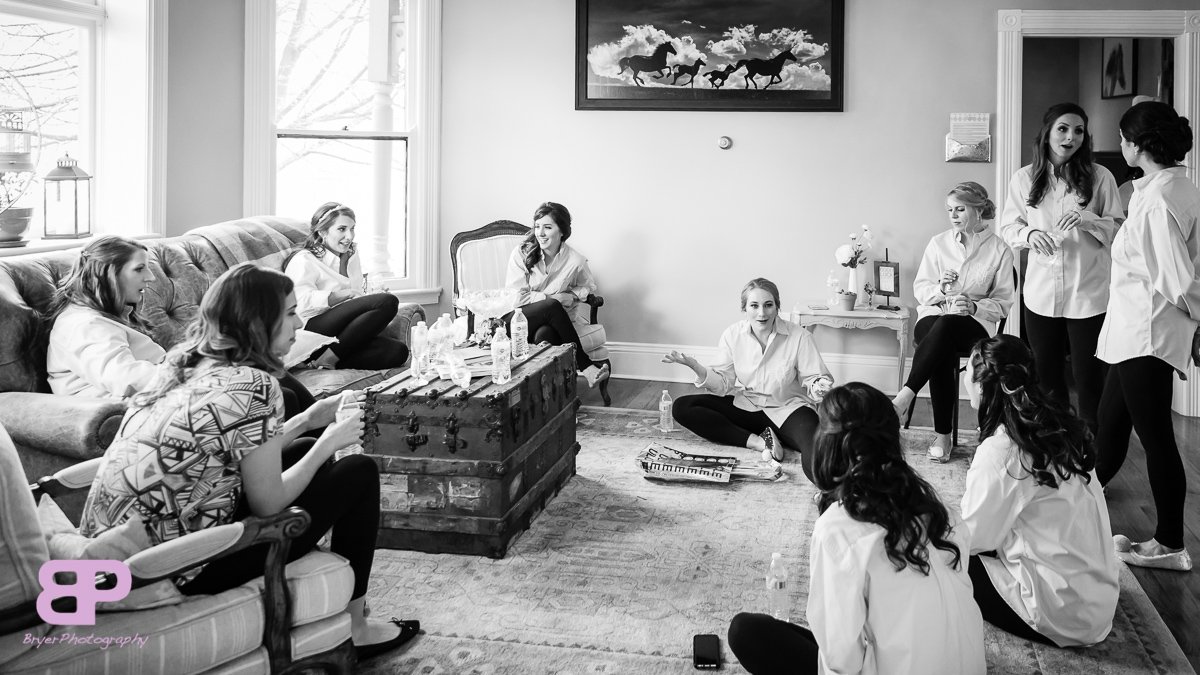 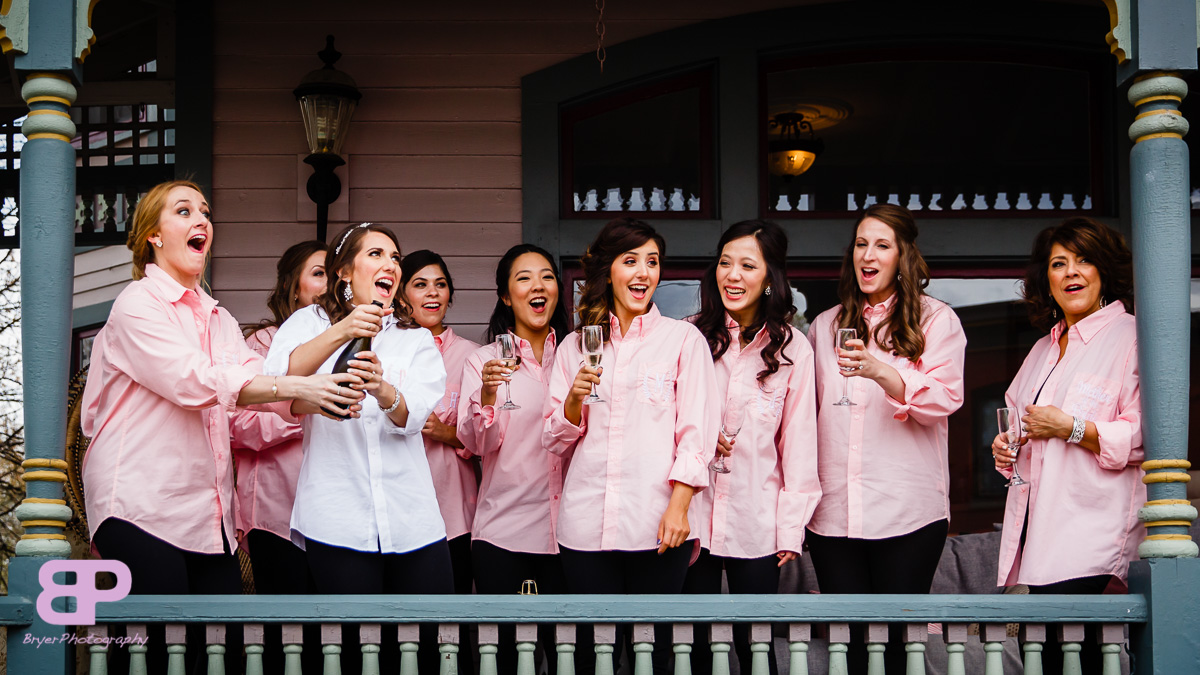 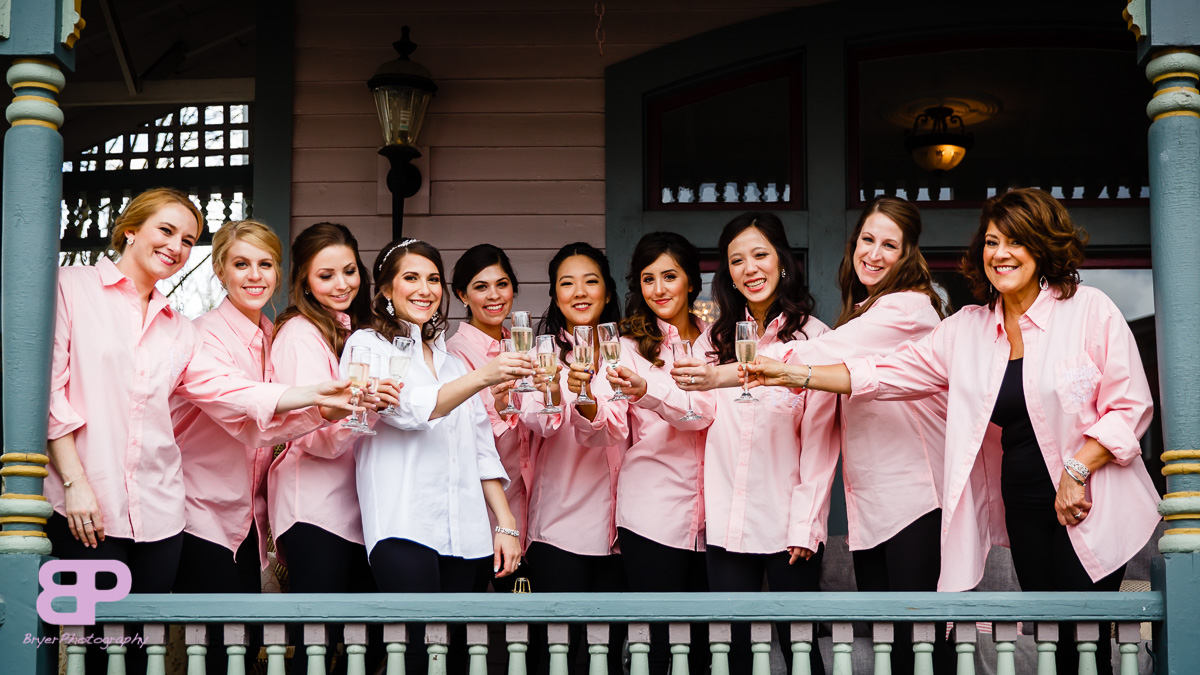 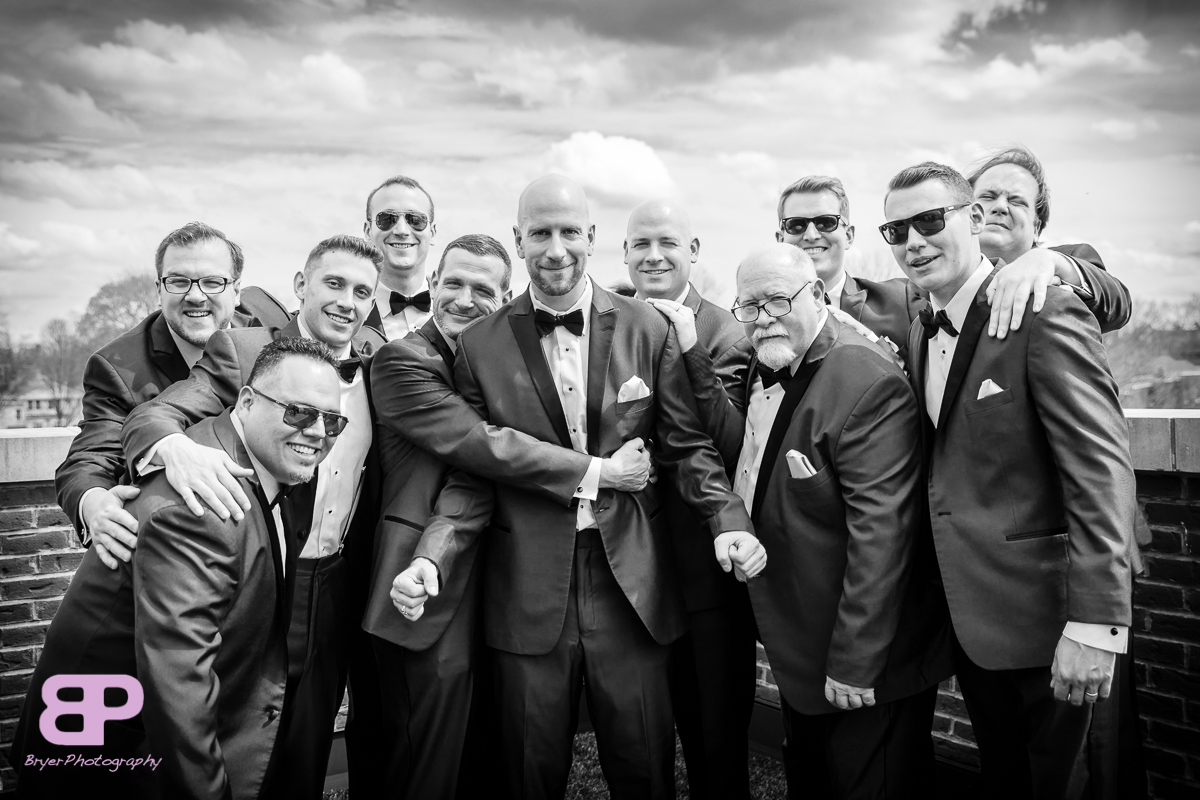 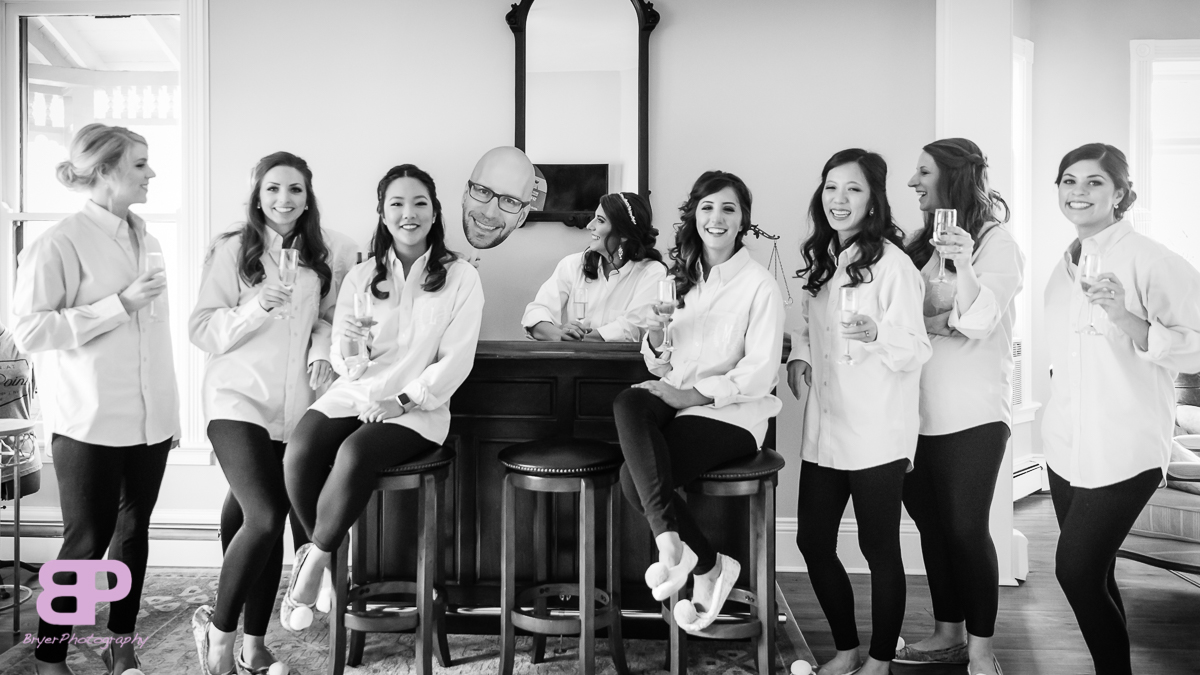 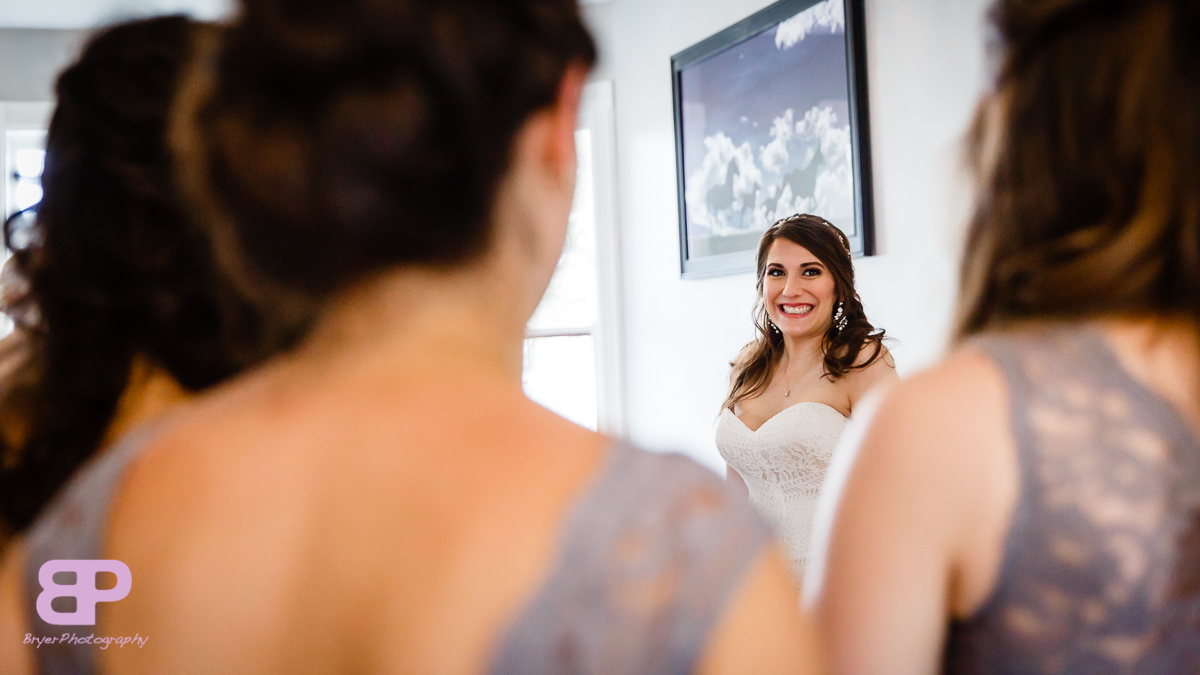 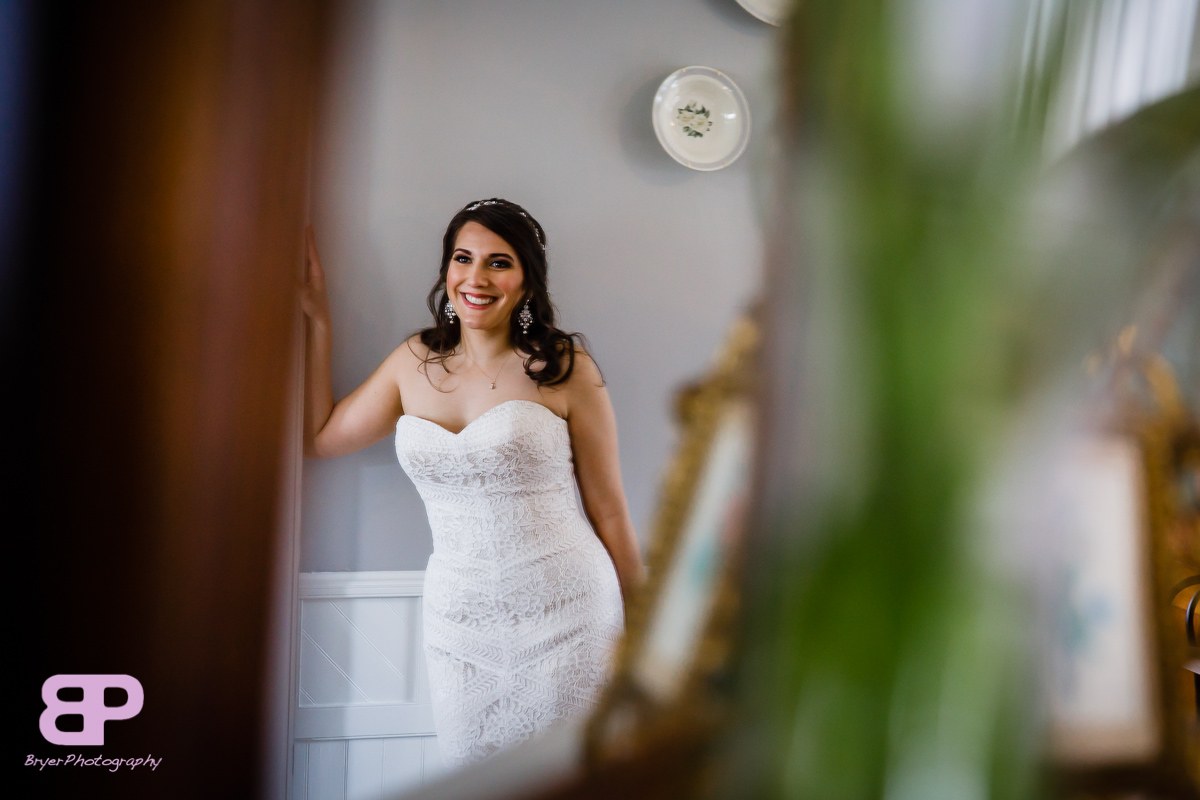 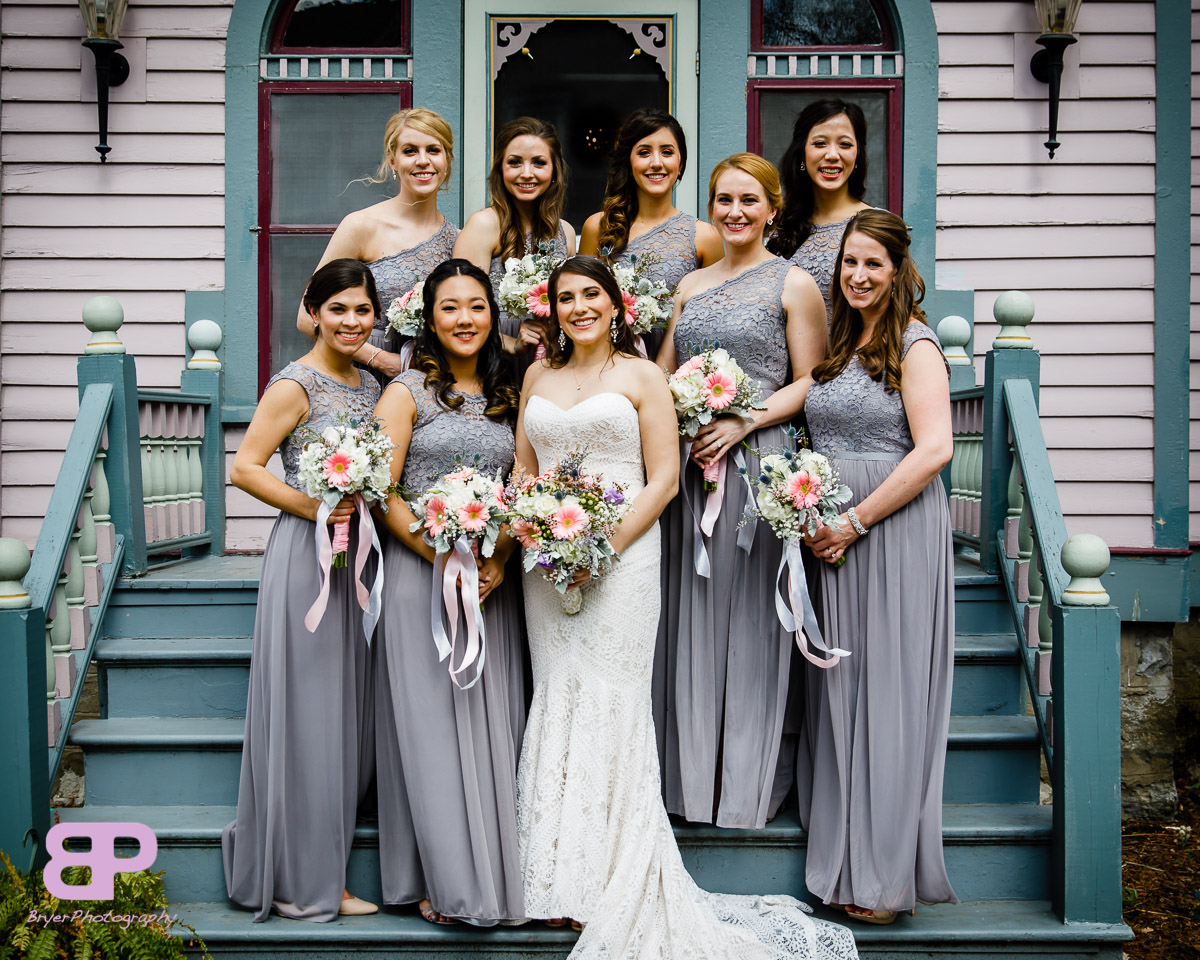 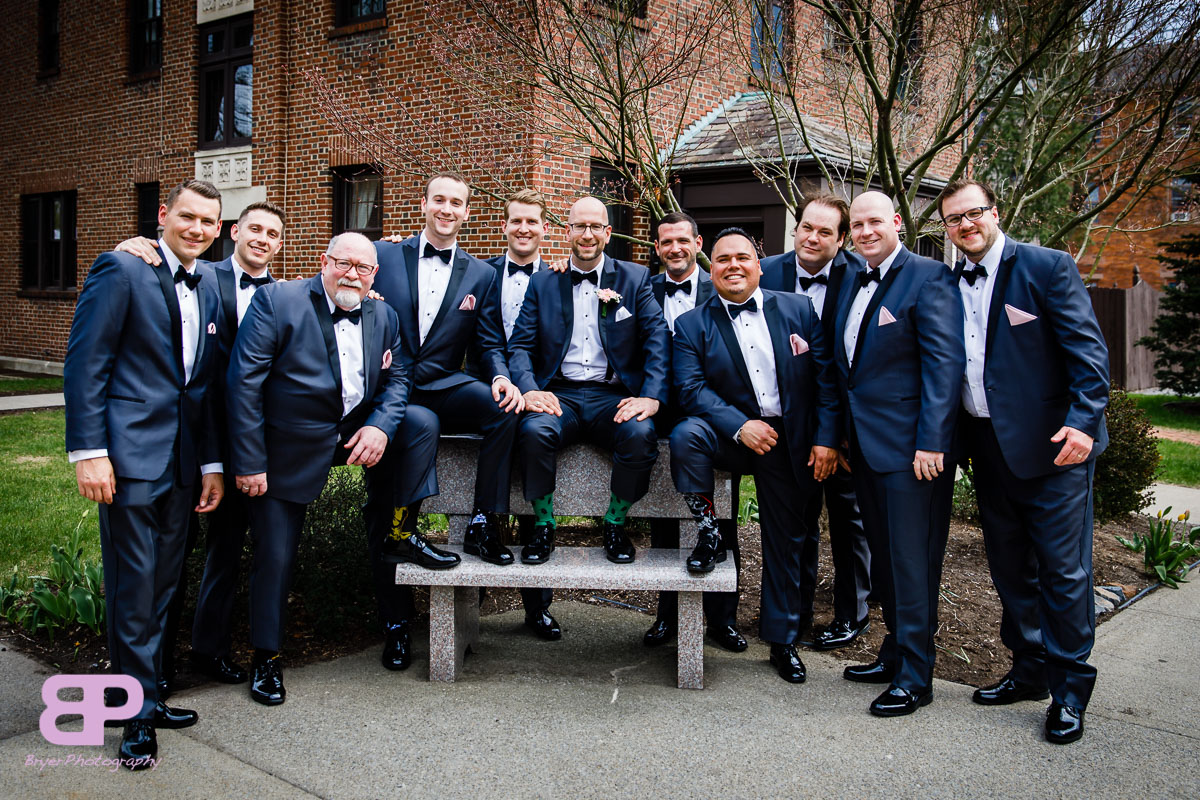 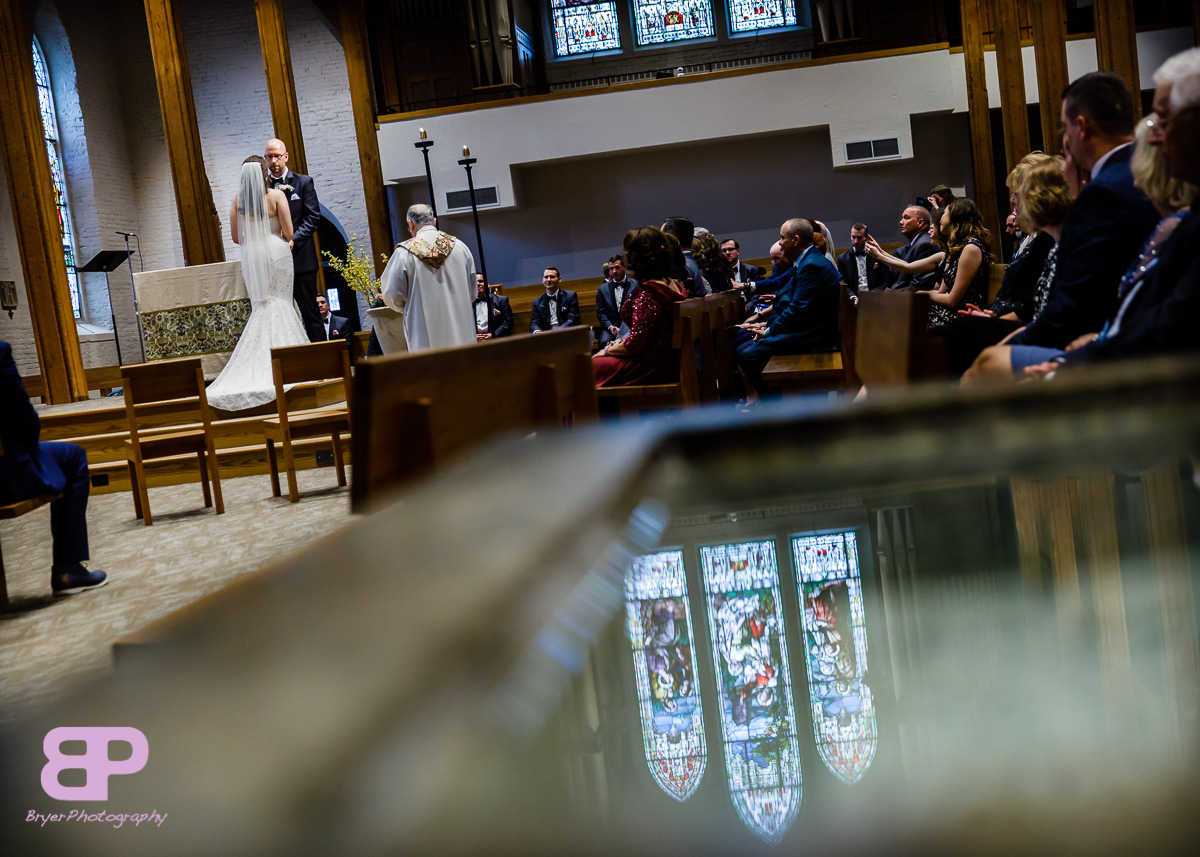 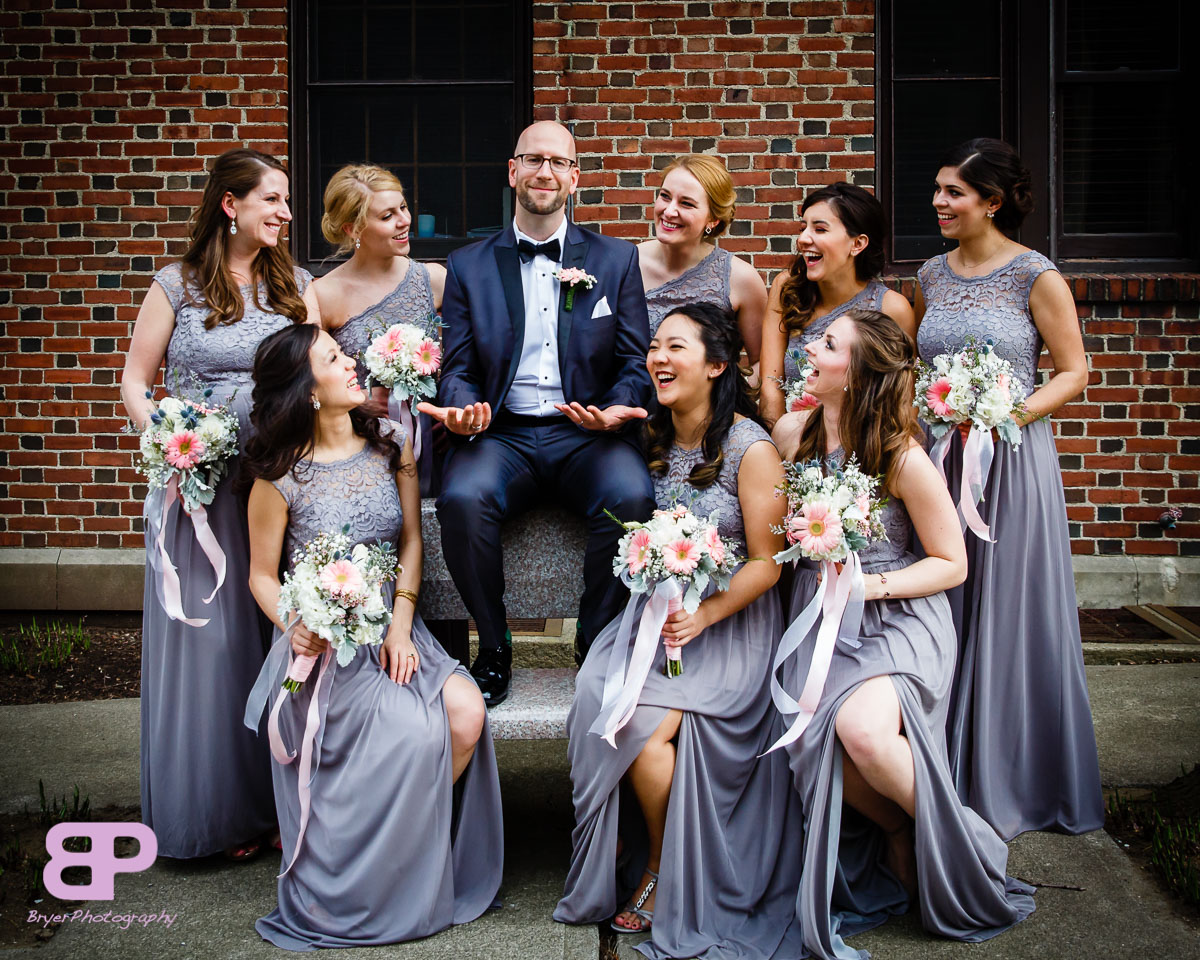 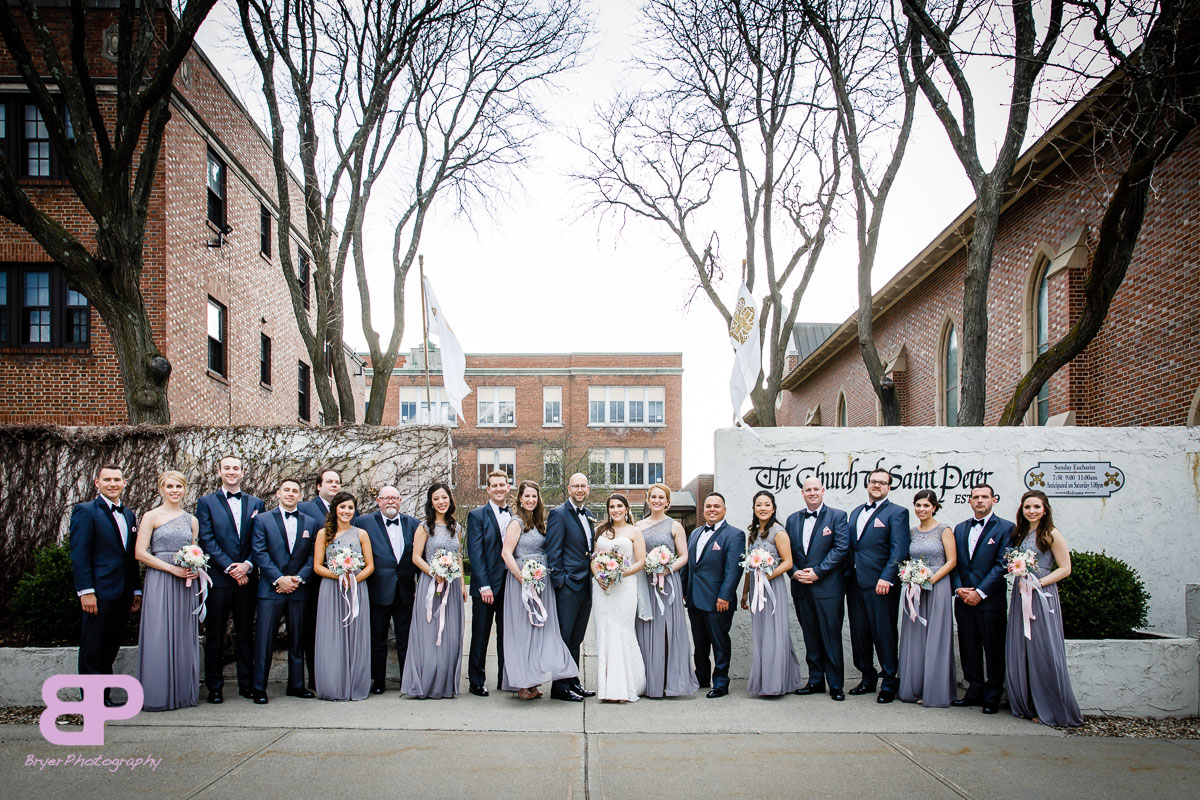 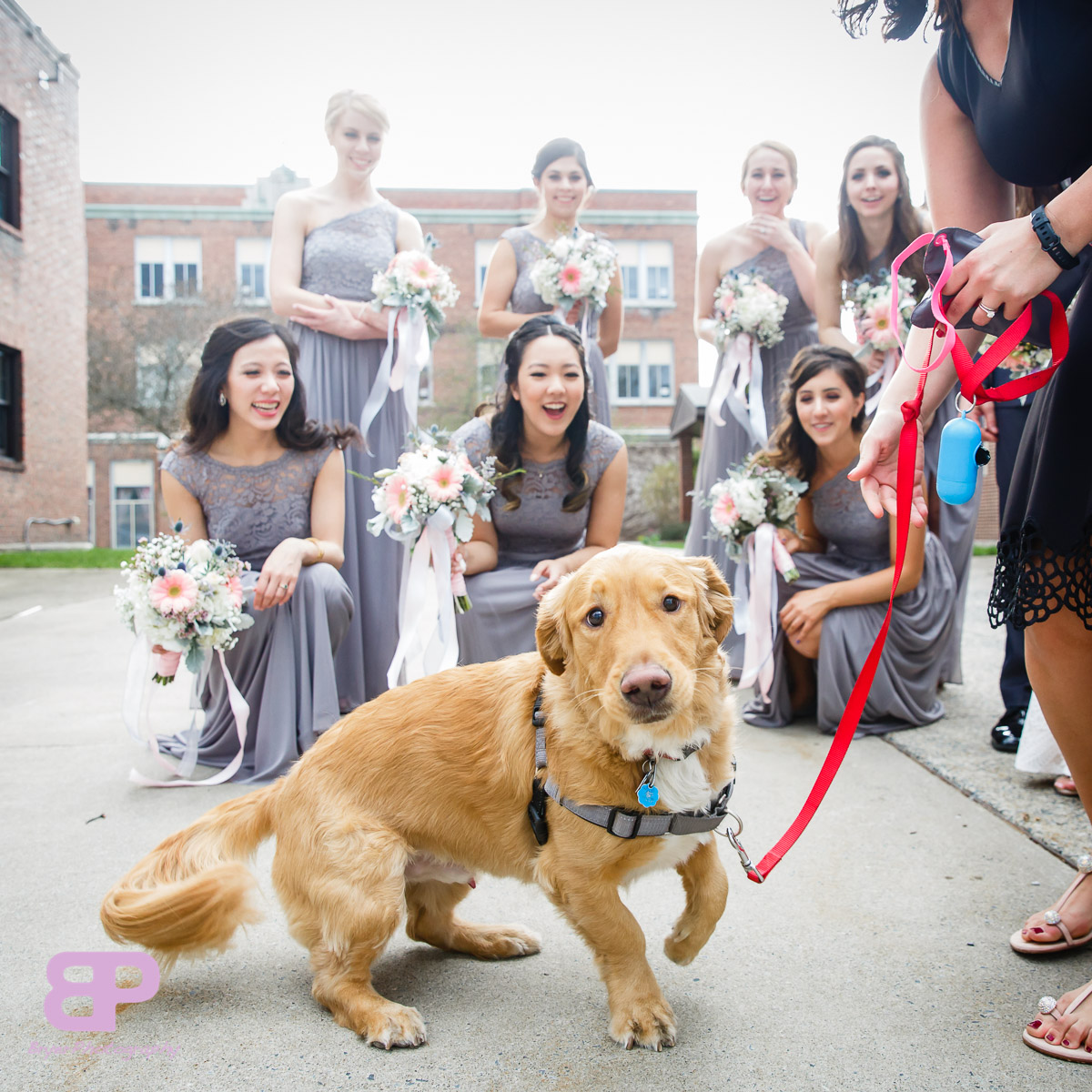 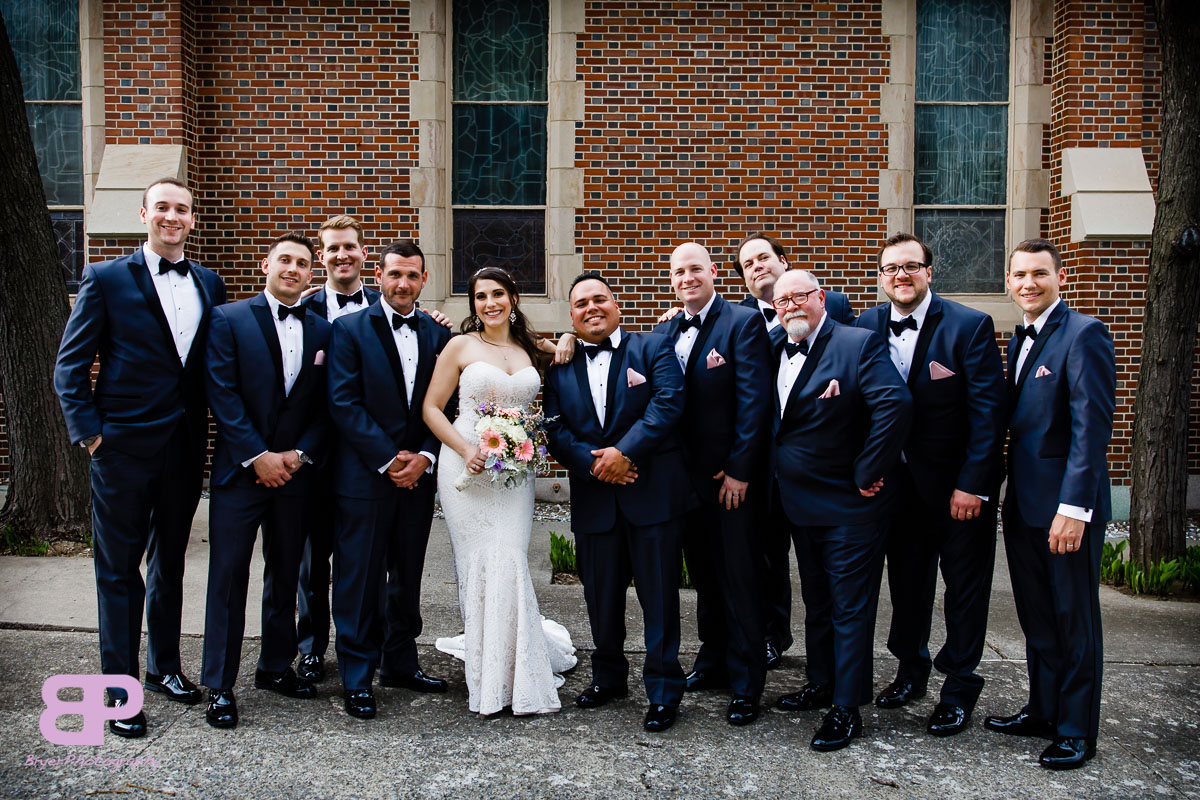 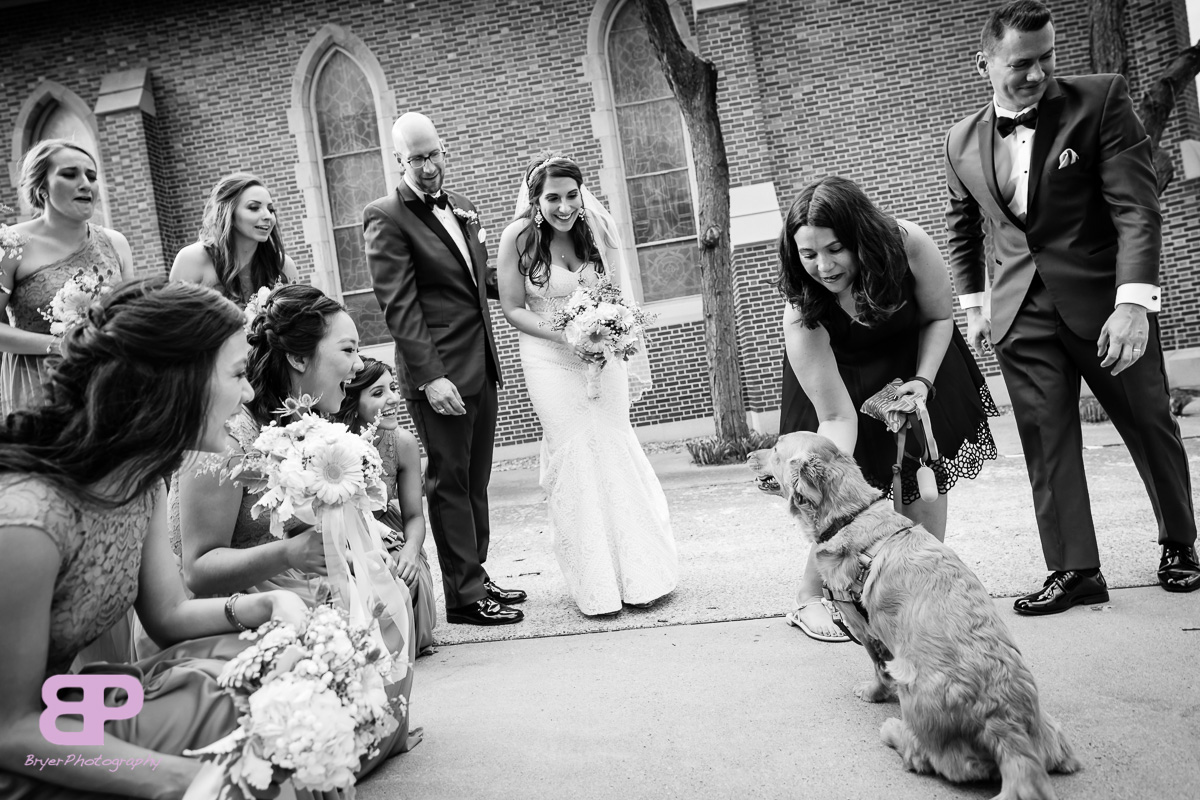 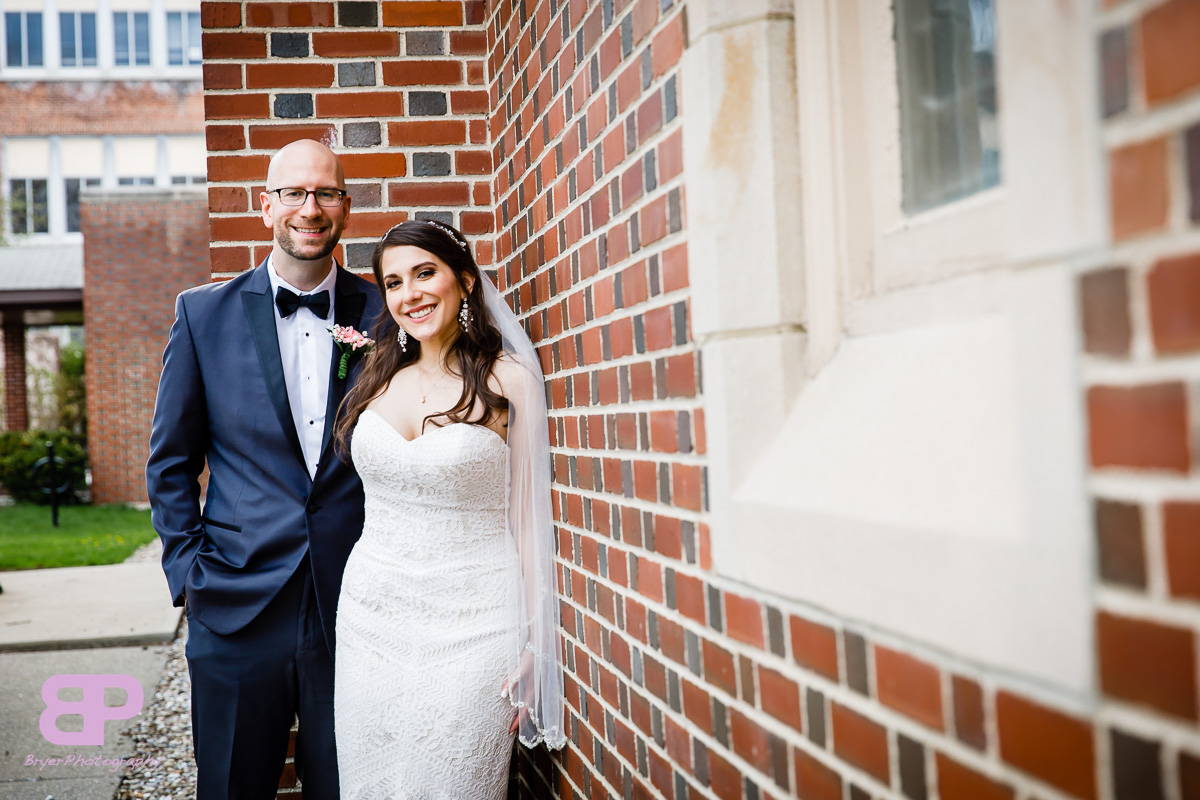 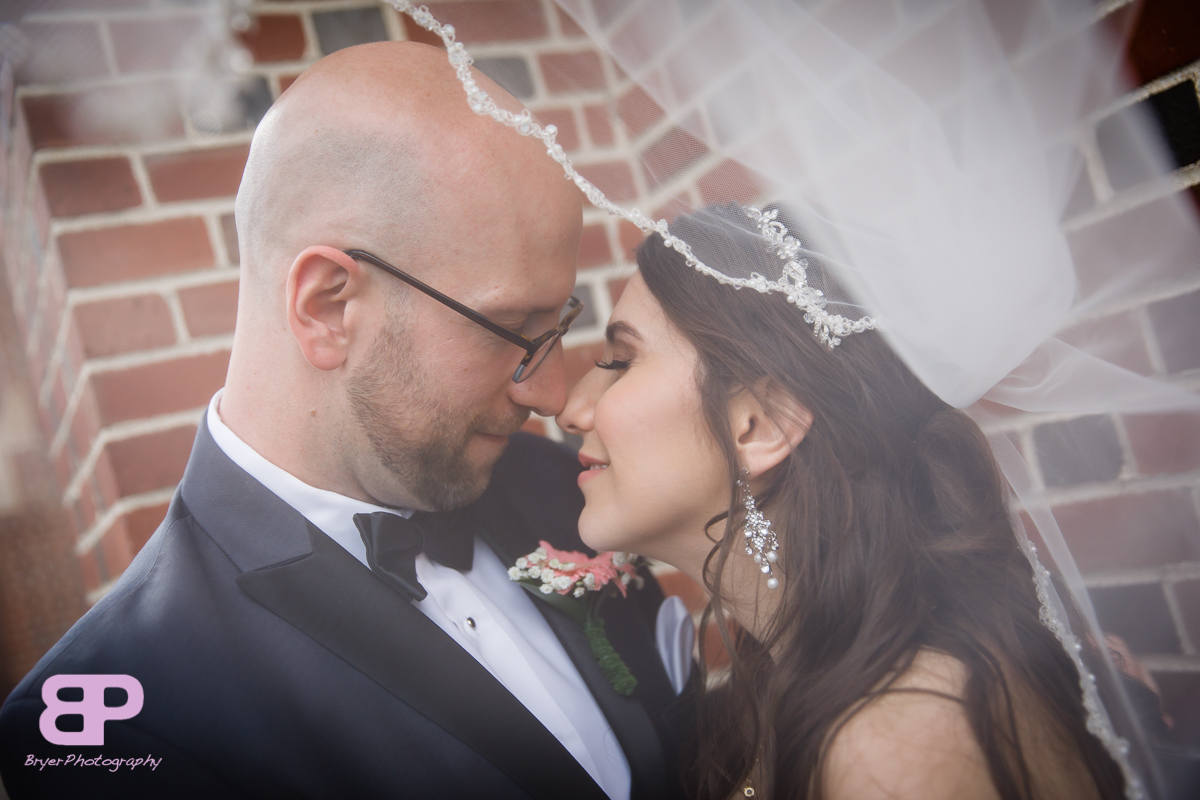 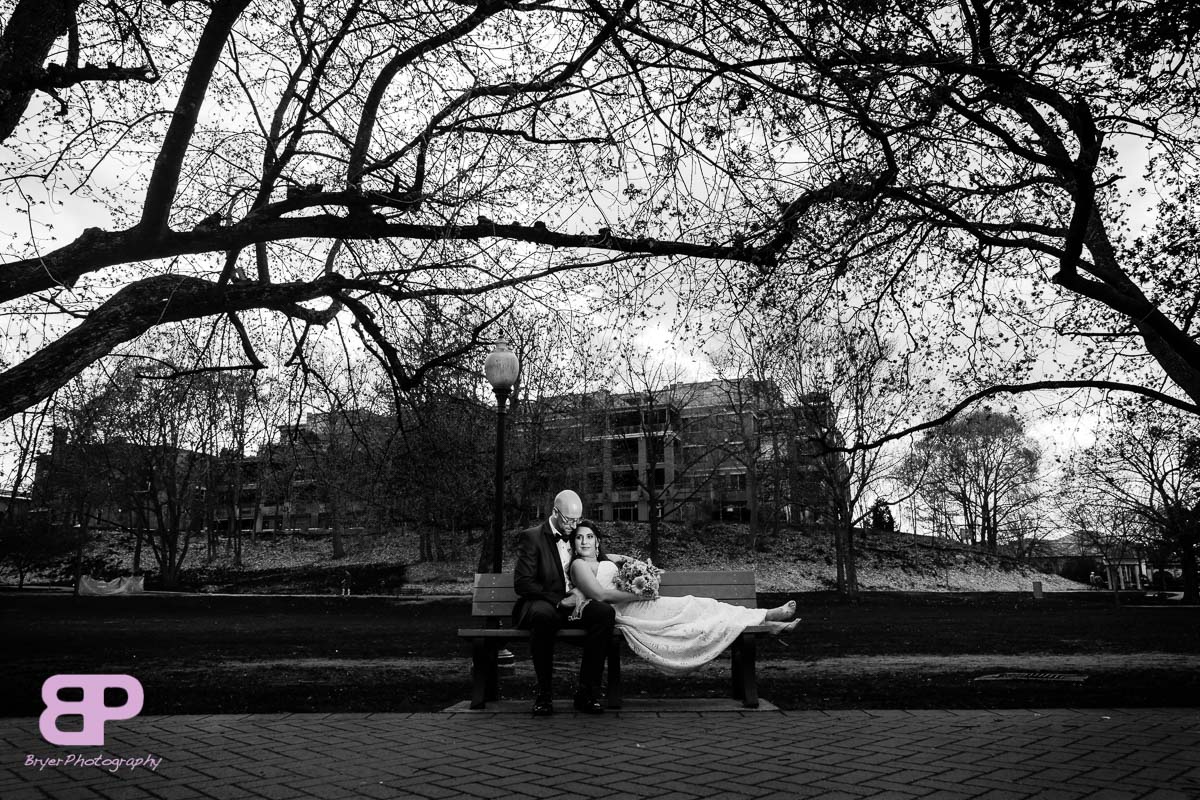 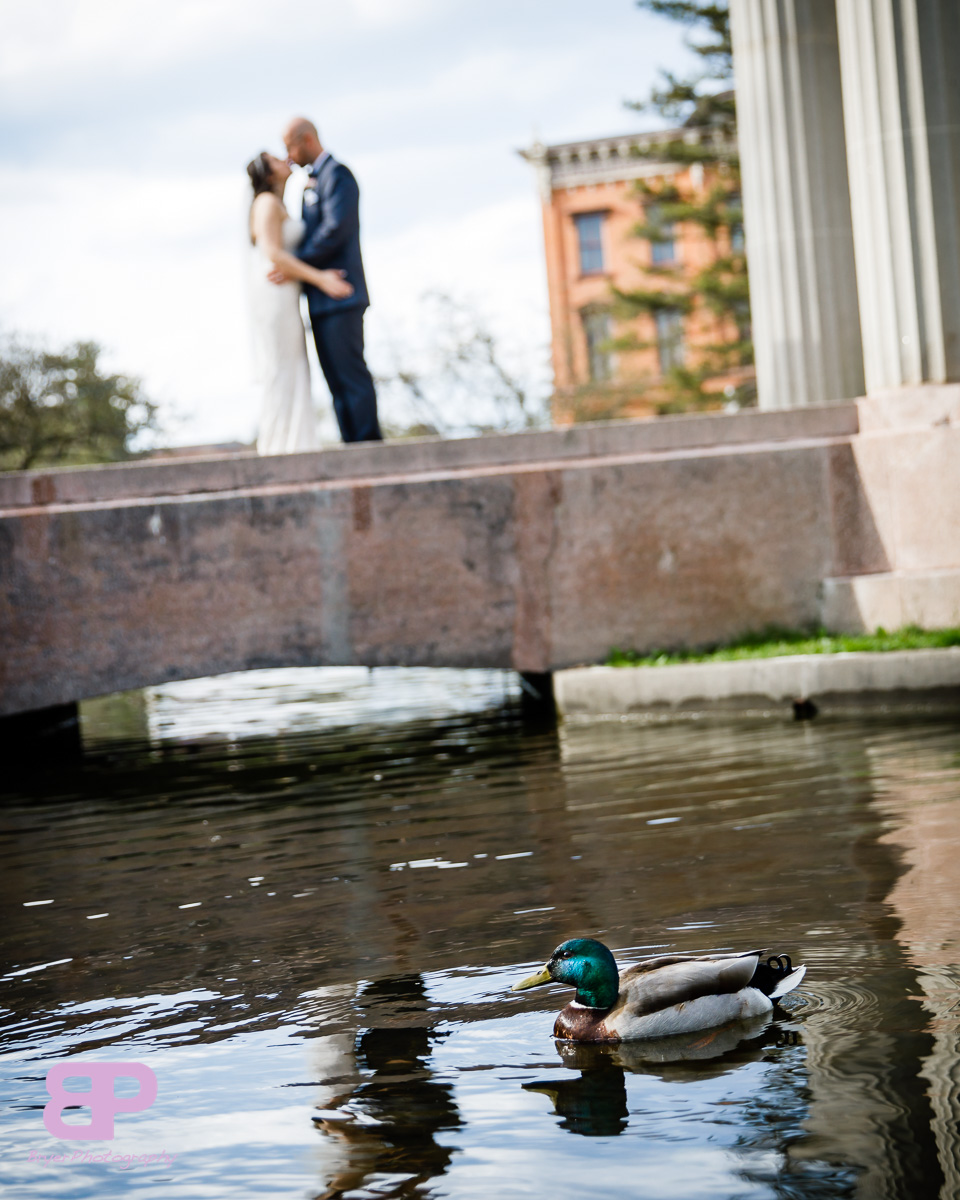 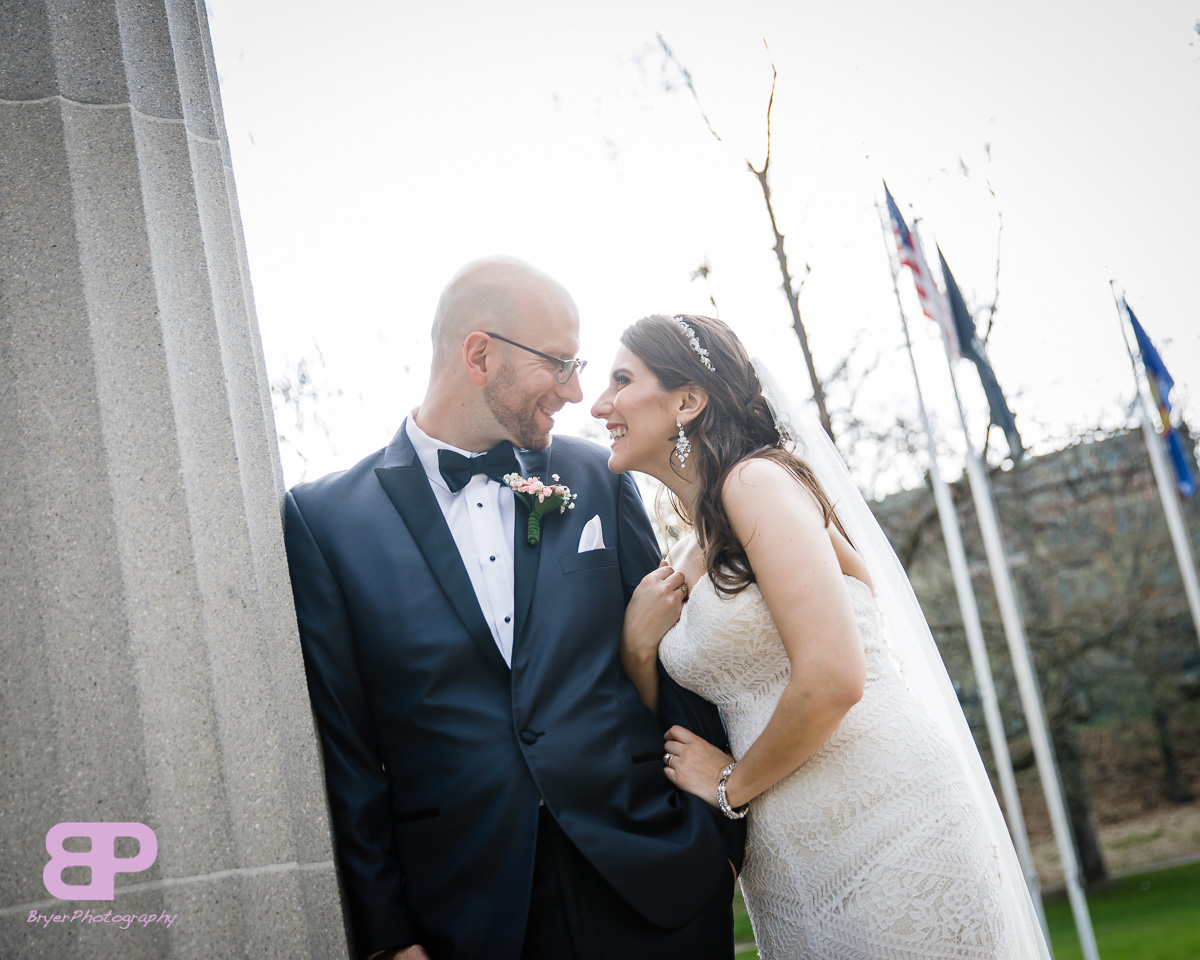 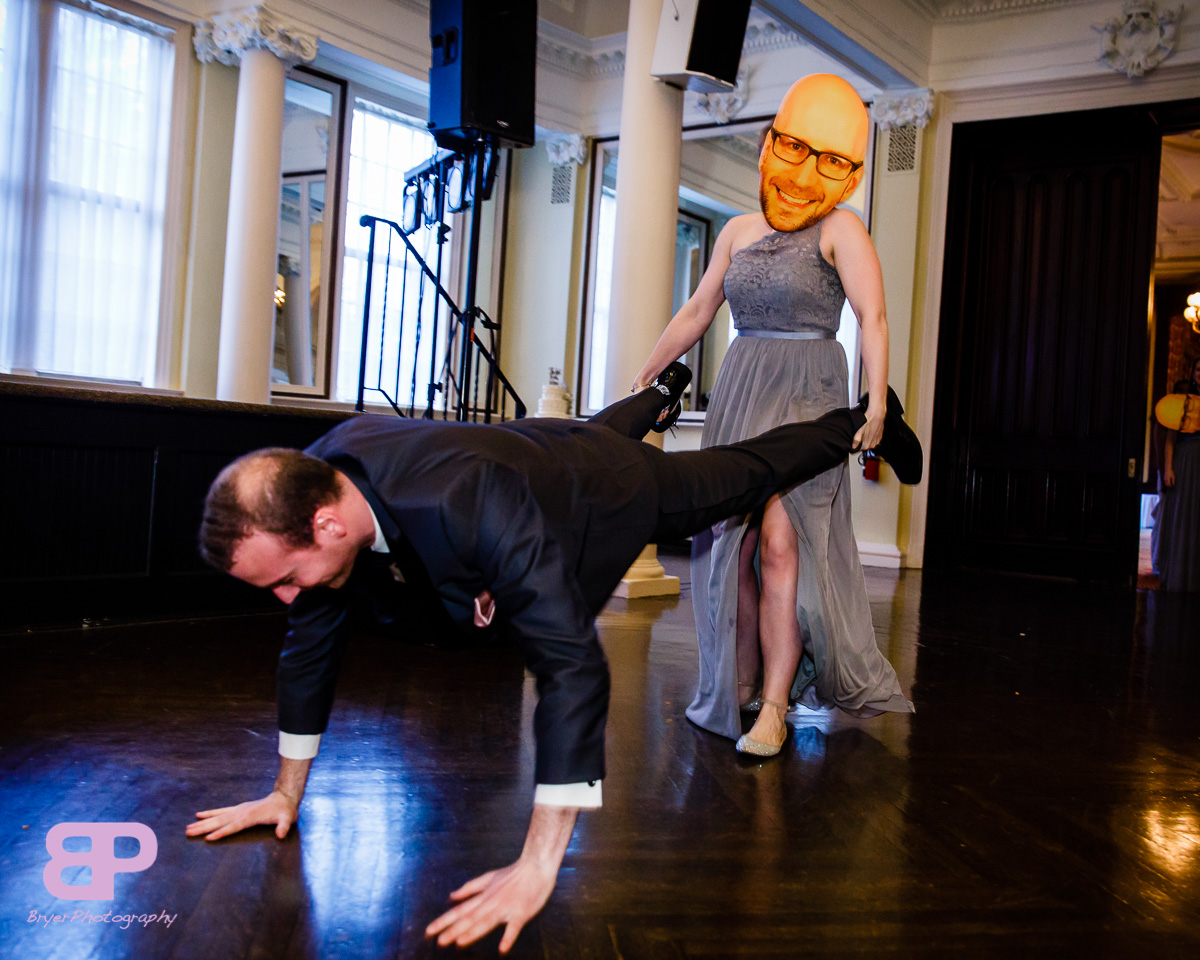 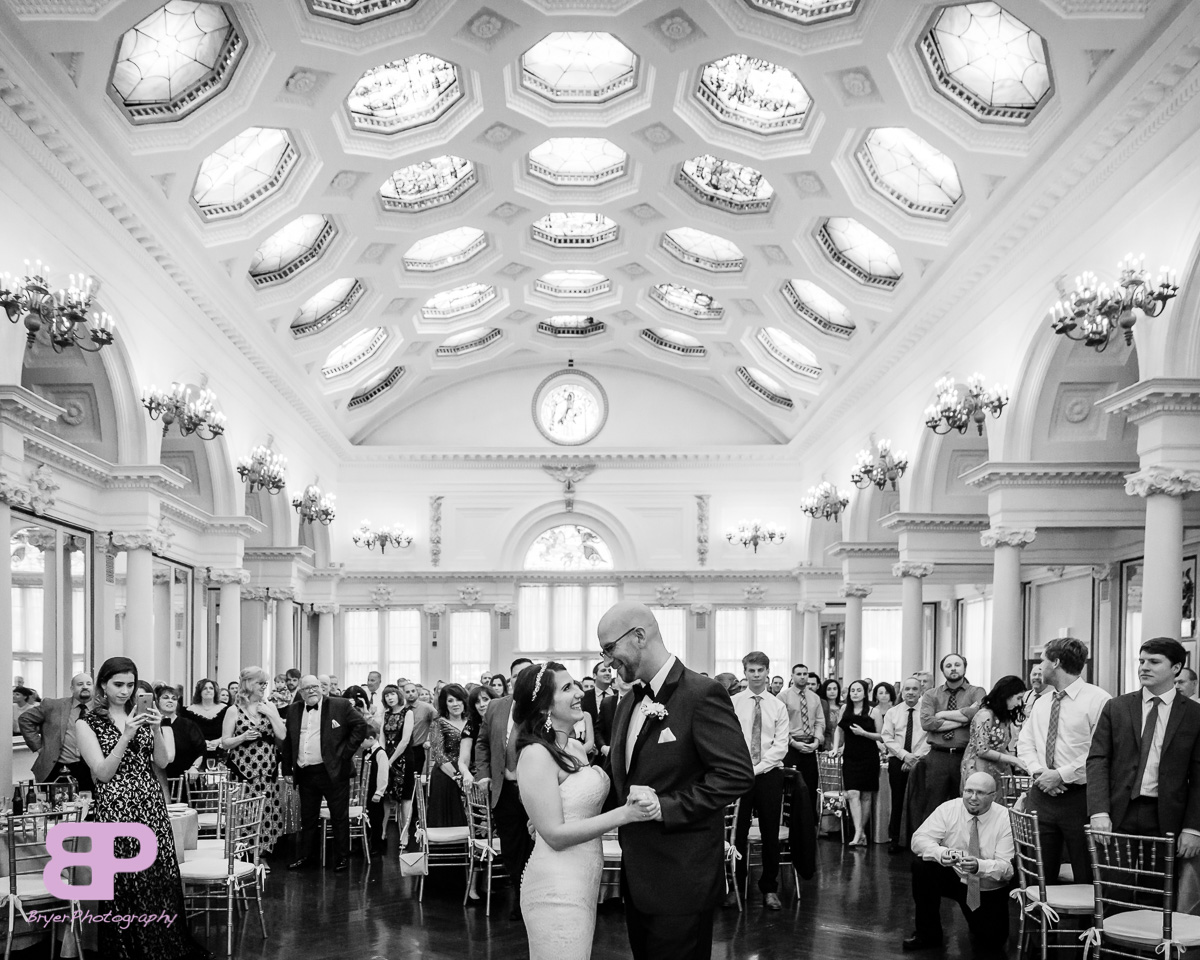 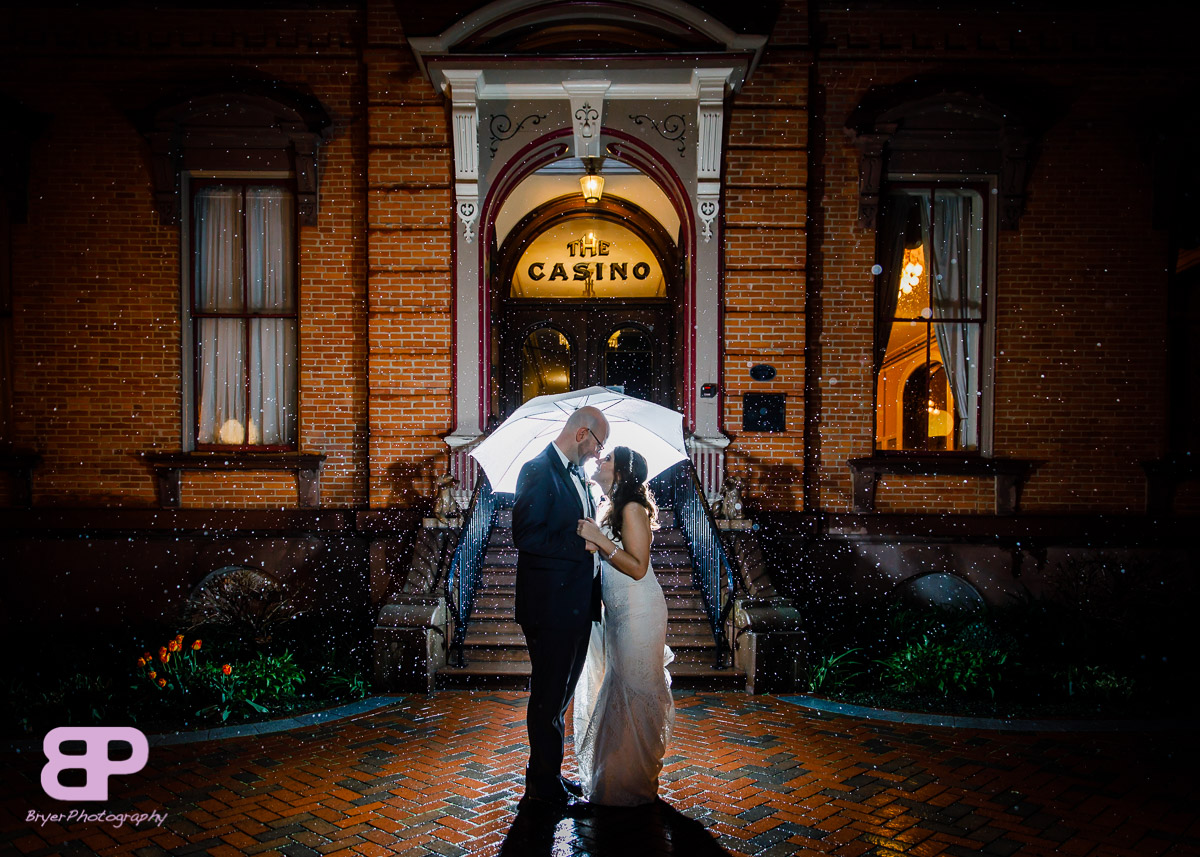 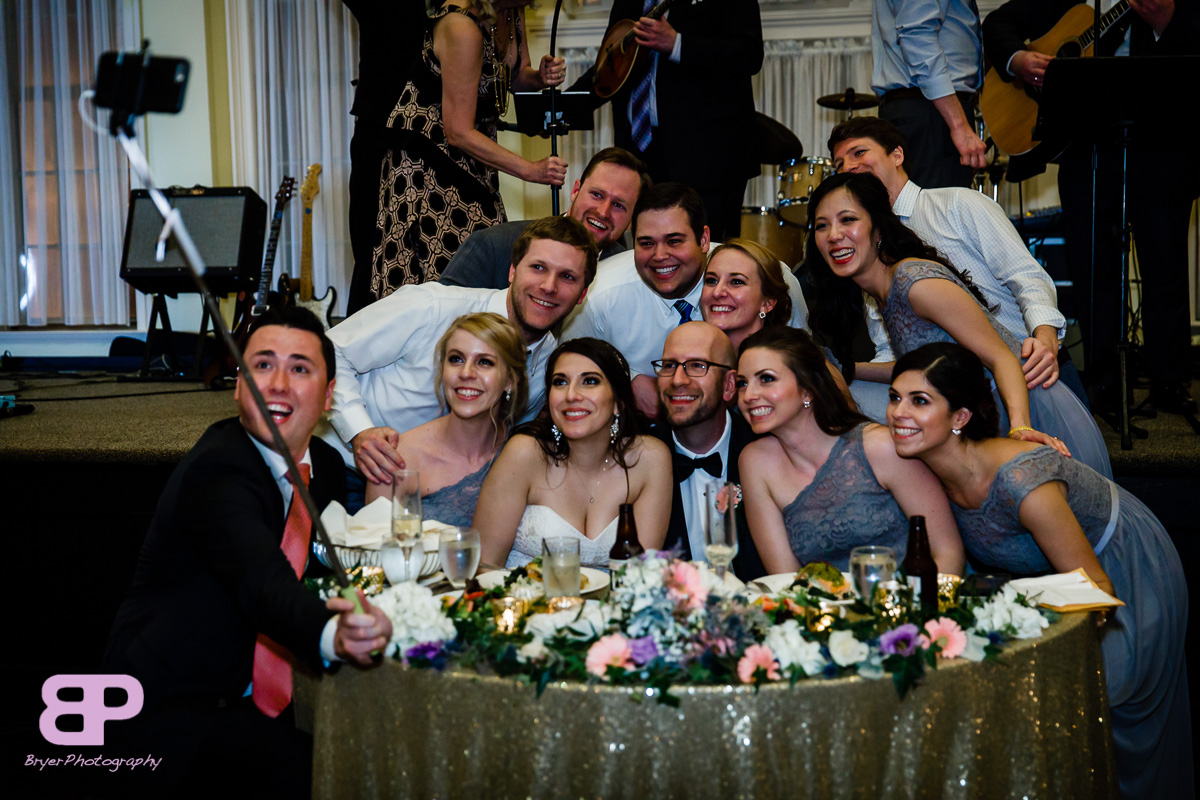 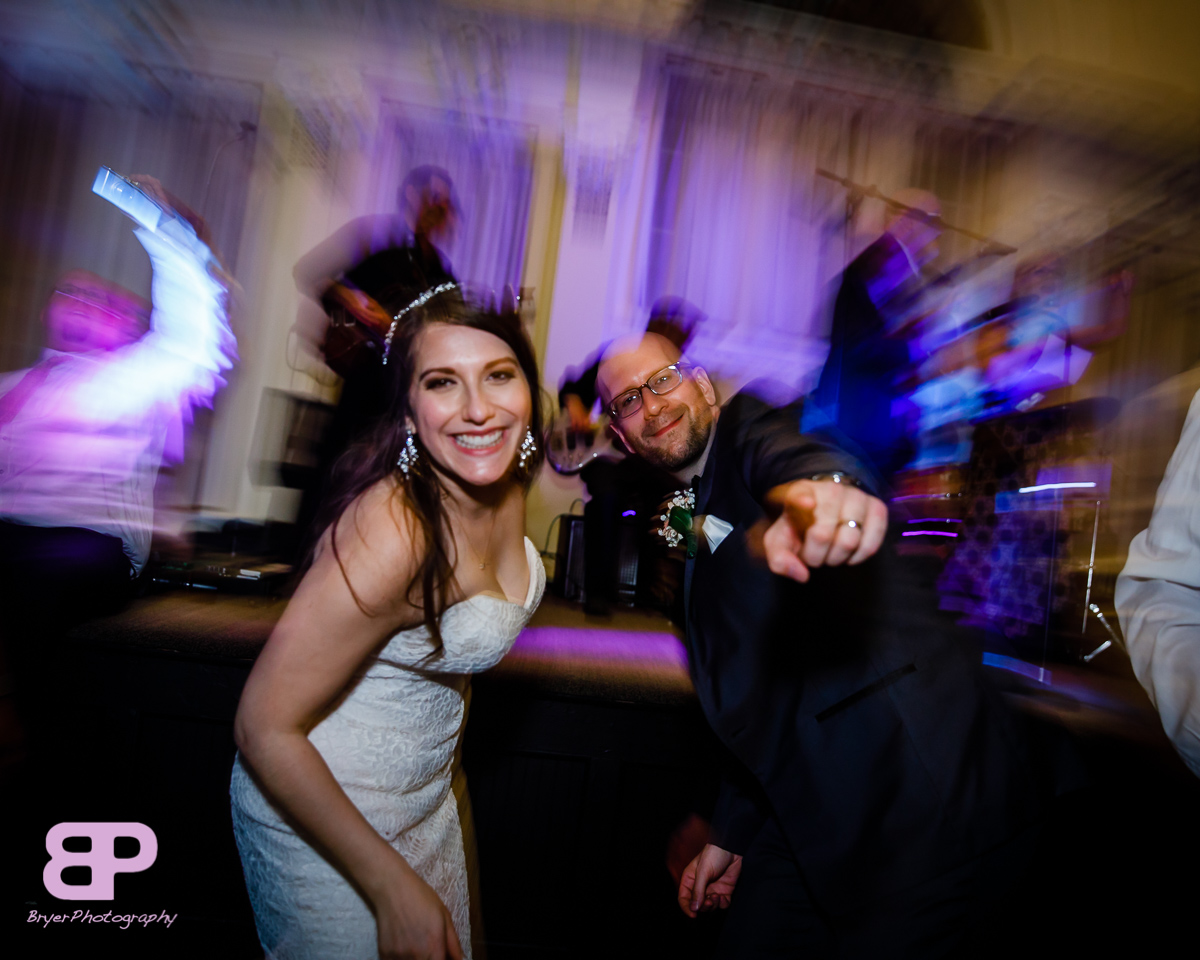 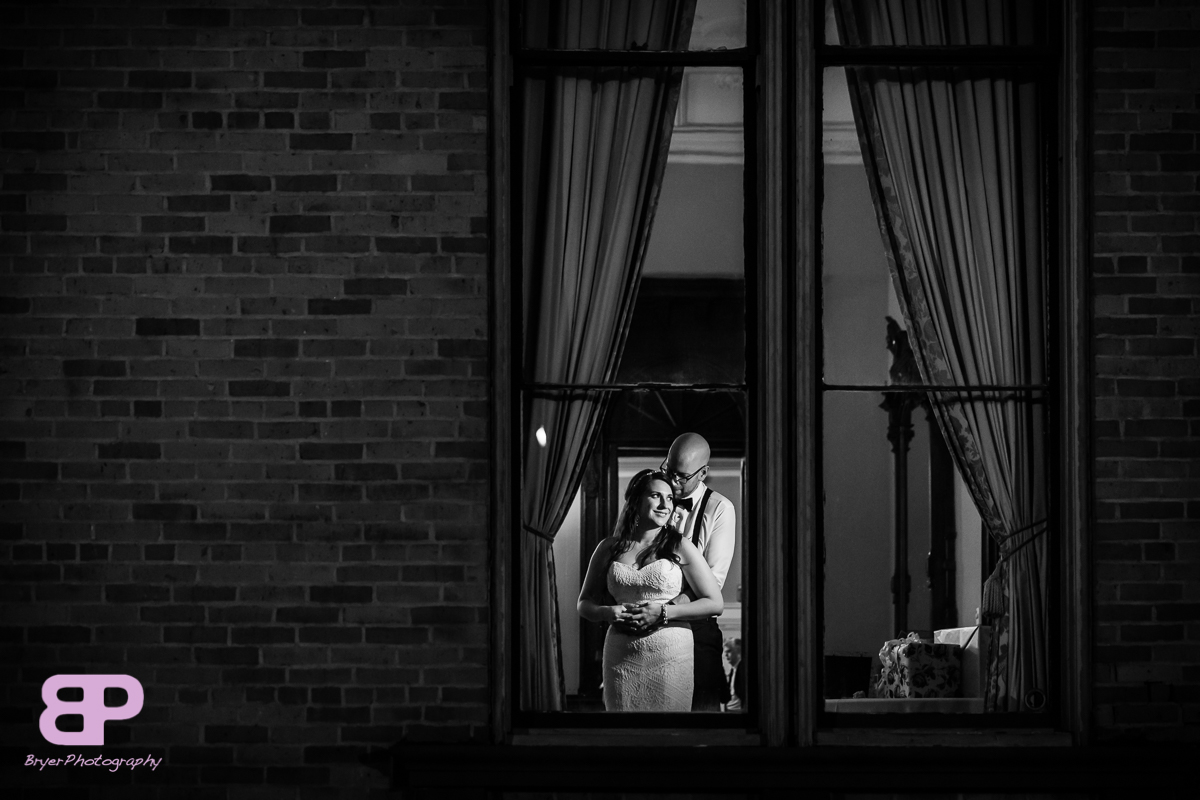 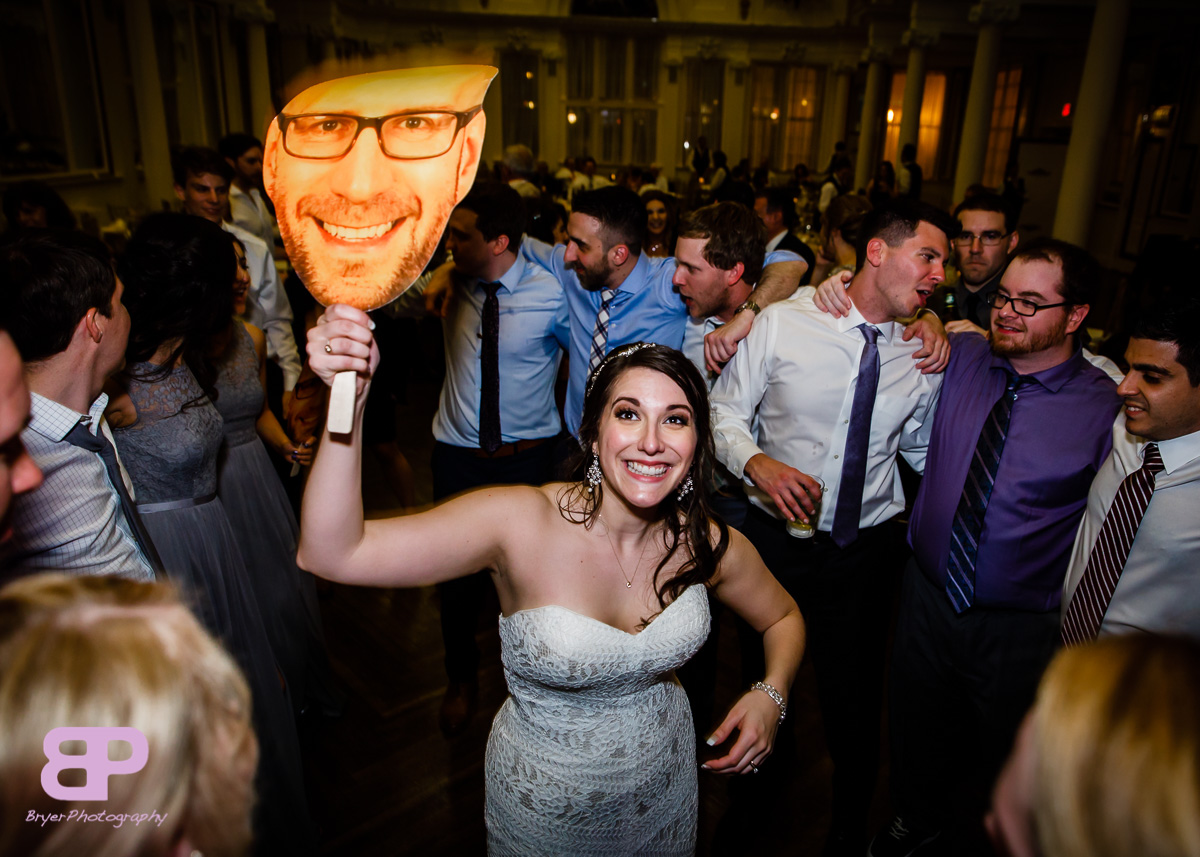