I couldn’t think of a better couple to kick off the official start to our wedding season, than Jordan and Brad. We checked in with Brad first, and enjoyed meeting his family and groomsmen. After some photos, we then headed over to Jordan’s house where we found her excitement to be quite contagious. From meeting us at the door jumping with a big smile, to the hair and make up person getting a standing ovation from the bridal party, to the whoop of excitement from the back room of the church that echoed throughout the sanctuary, Jordan made it very clear that this was a day of joy. The ladies were a flurry of laugh and smiles as they helped each other get ready, while “Somebody’s Getting Married Today” from Muppets Take Manhattan, played in the background.  It was then off to the church where the two had a lovely ceremony making it all official.  Everyone then rendezvoused at Glenn Sanders to start what would be an epic night of dancing and fun.  The first dance was “Somewhere Over the Rainbow” beautifully sung by a friend, followed by two very touching toasts from longtime friends. The dance floor was empty for dinner service, but then was filled the rest of the night up until the last song where Jordan herself fired a confetti canon into the crowd.  The night had a movie theme, which was not only fitting because it was where Jordan and Brad went on their first date, but also because it looks like these two are certainly headed to a movie-style happily ever after. 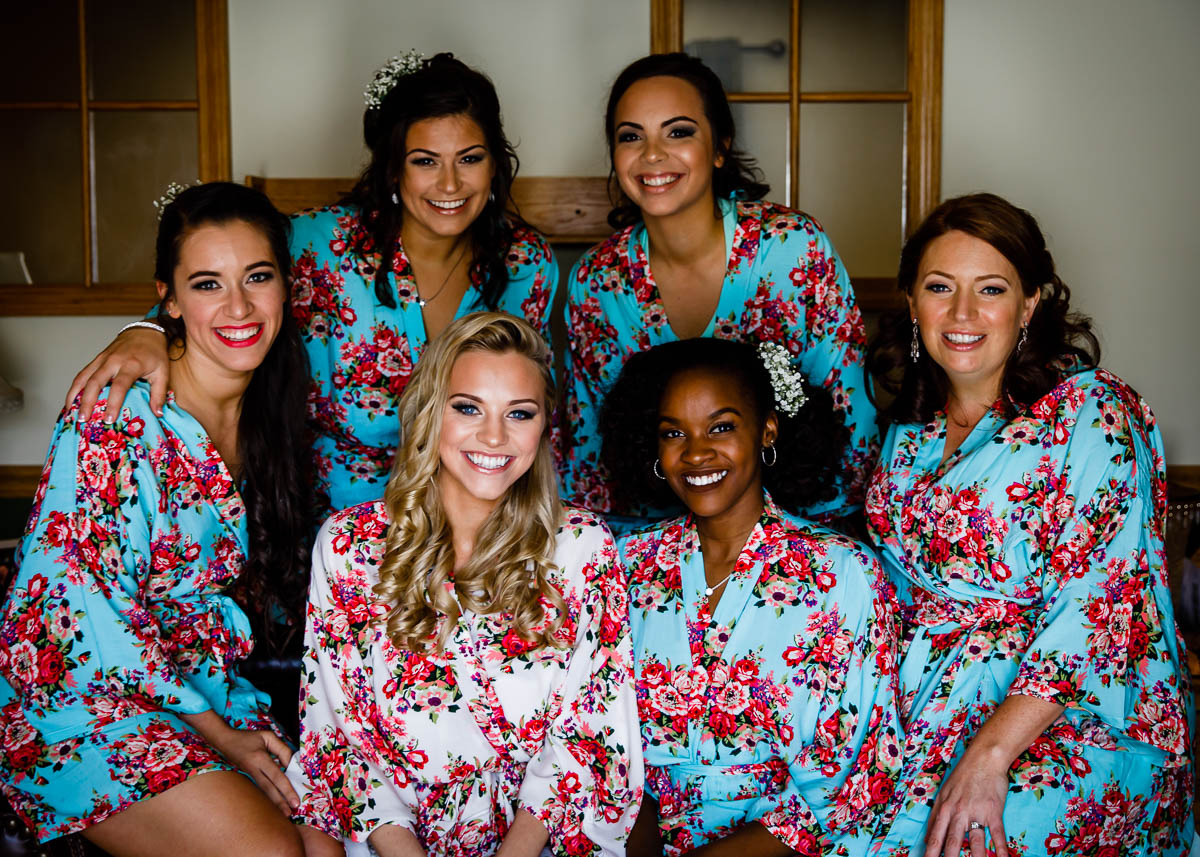 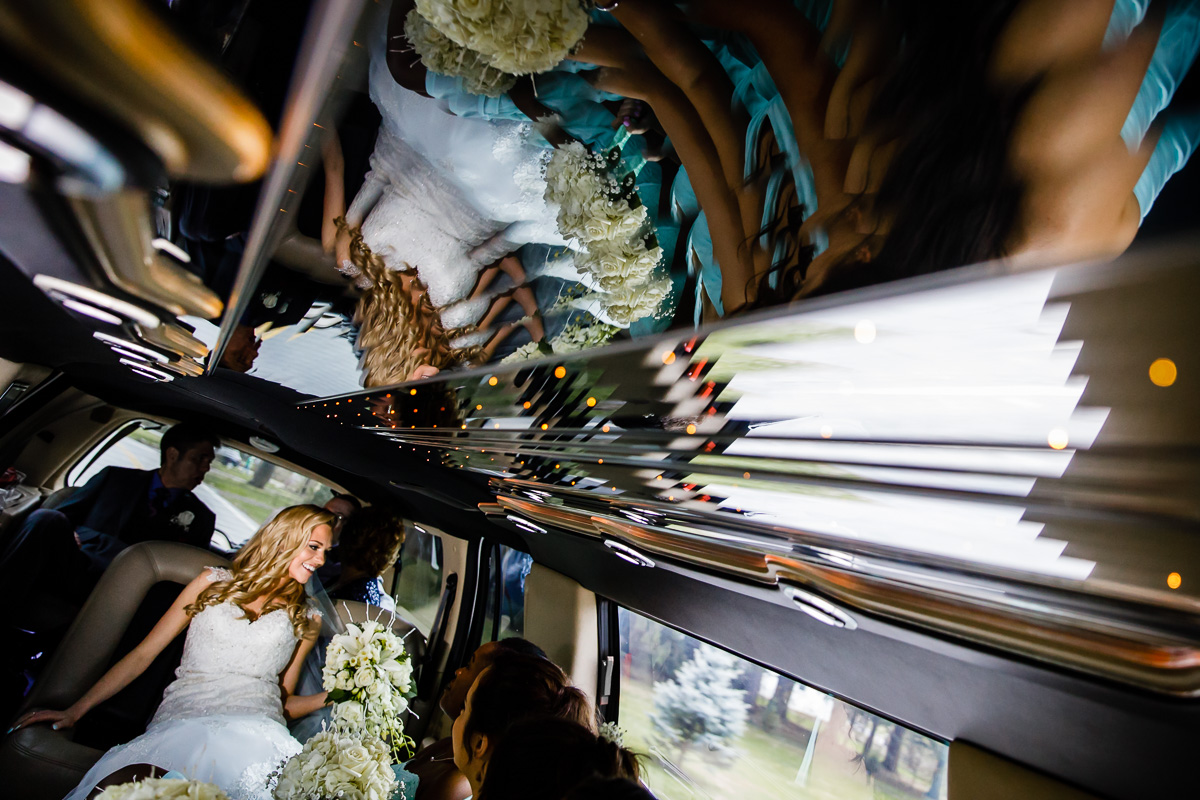 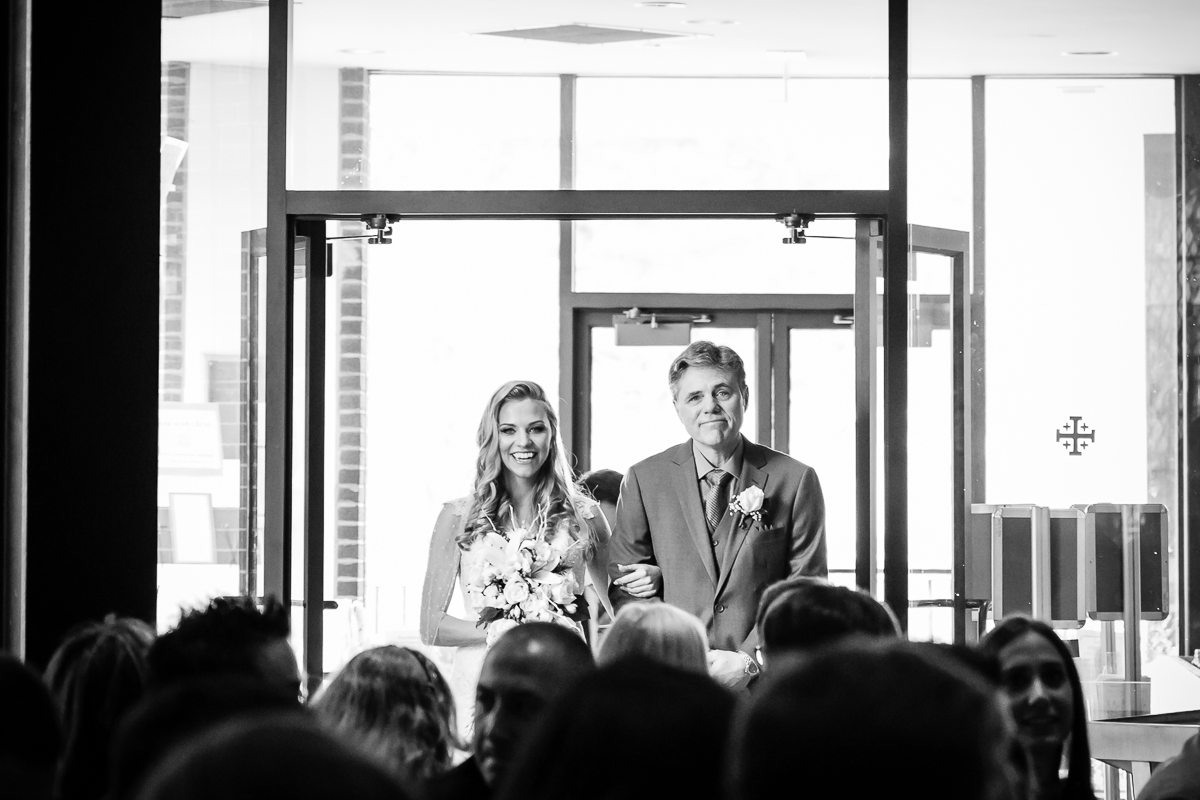 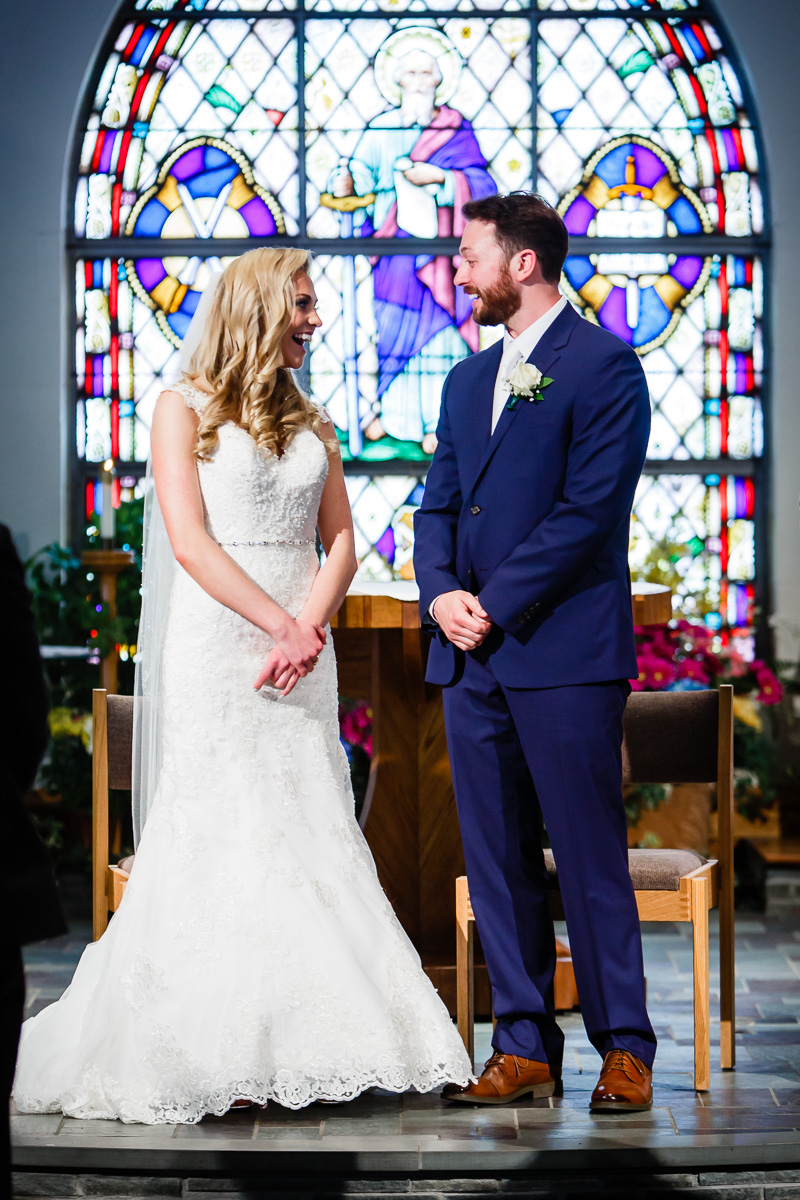 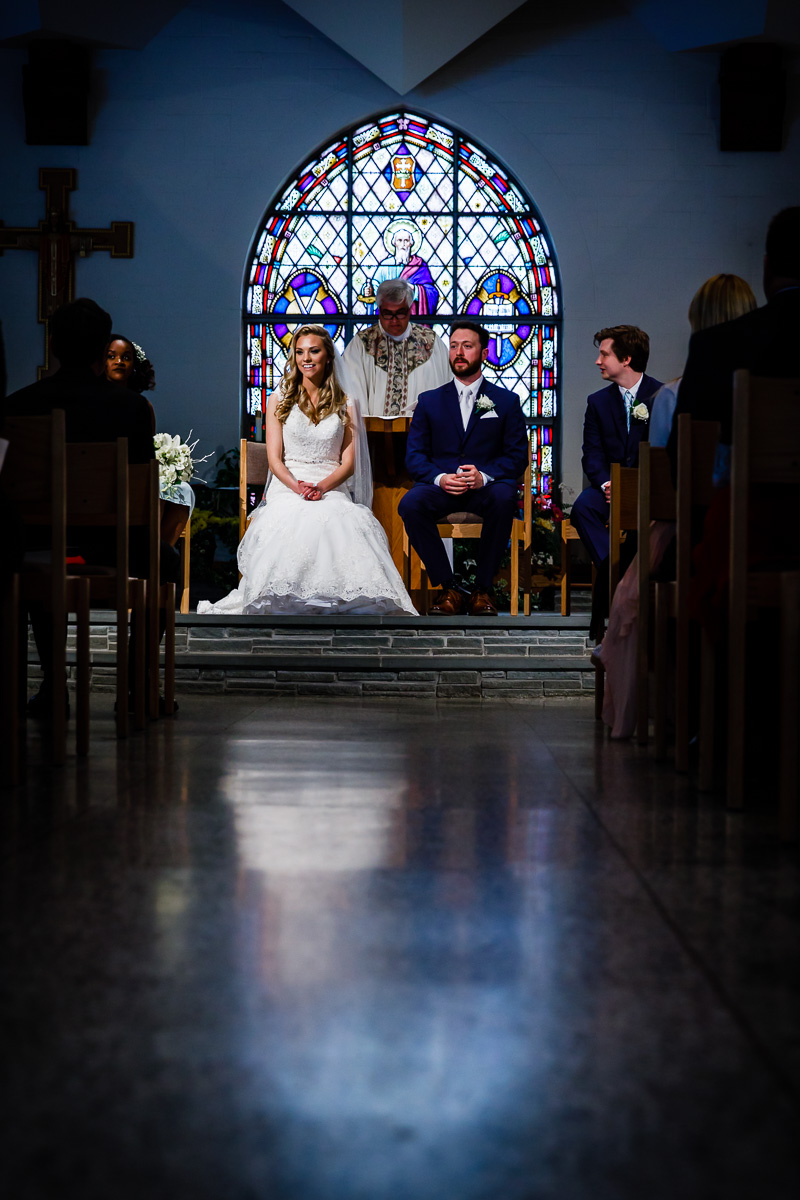 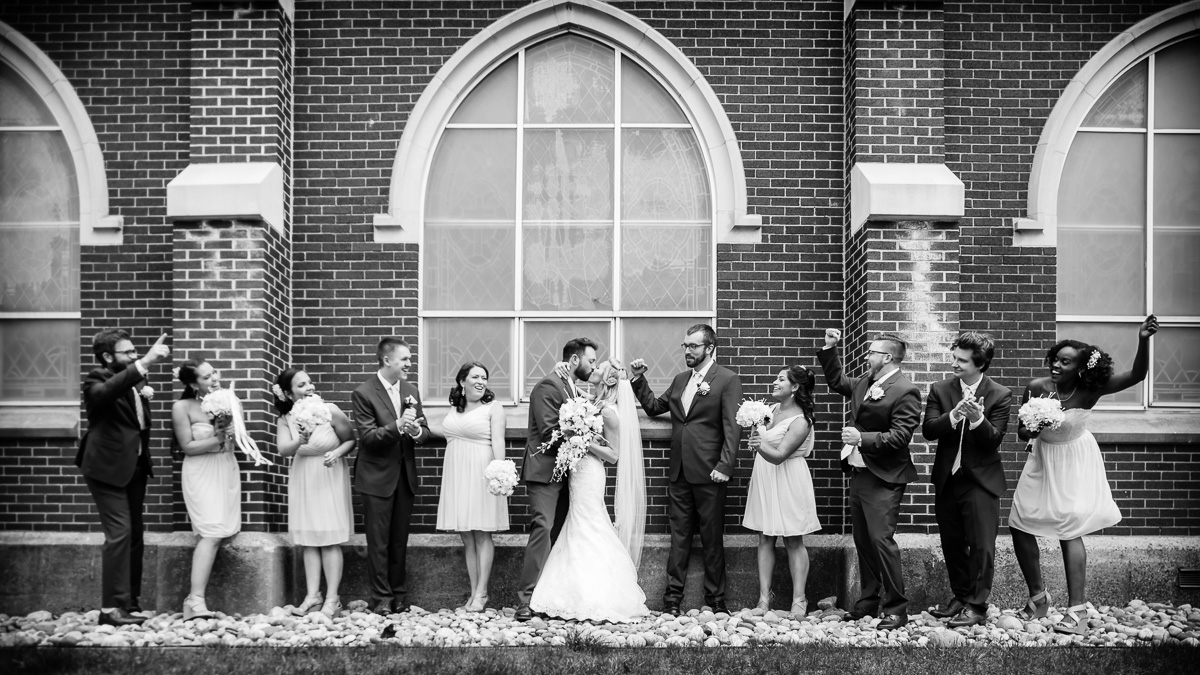 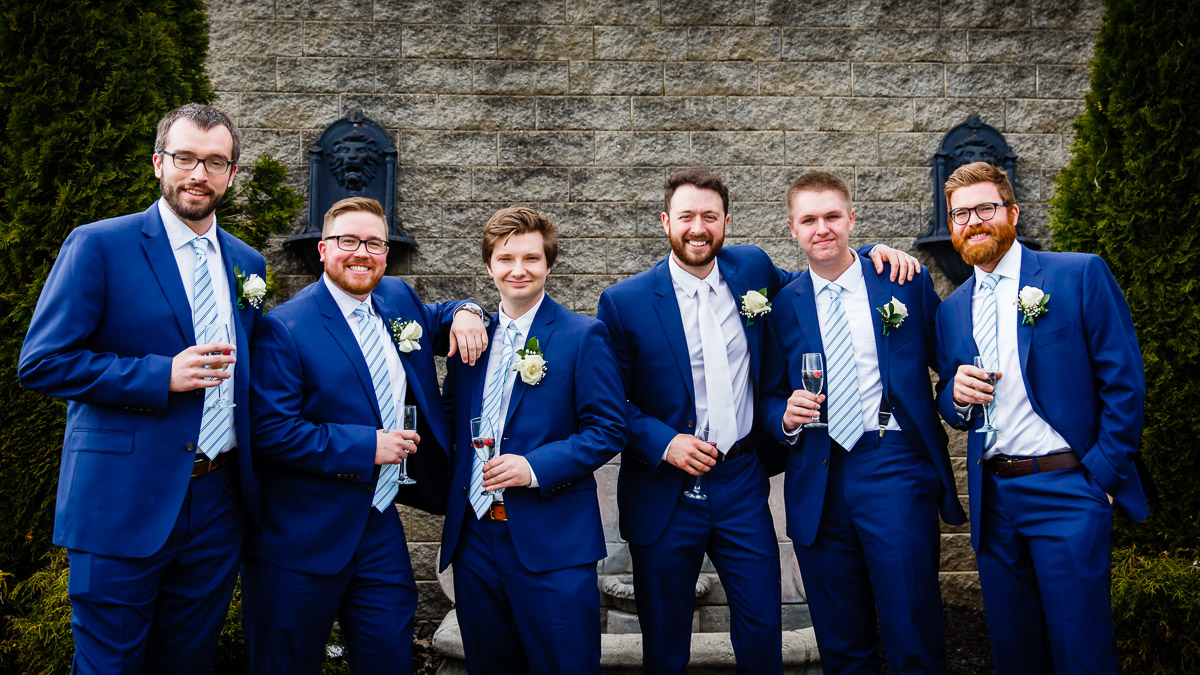 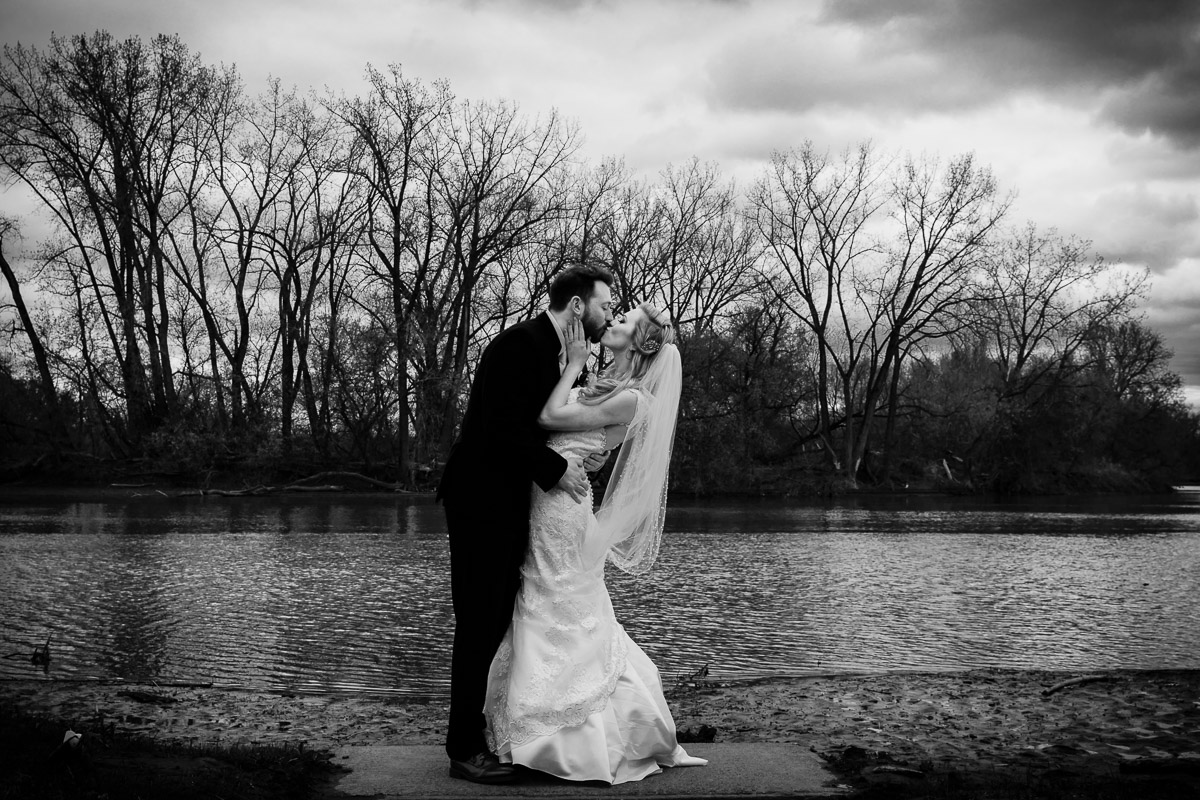 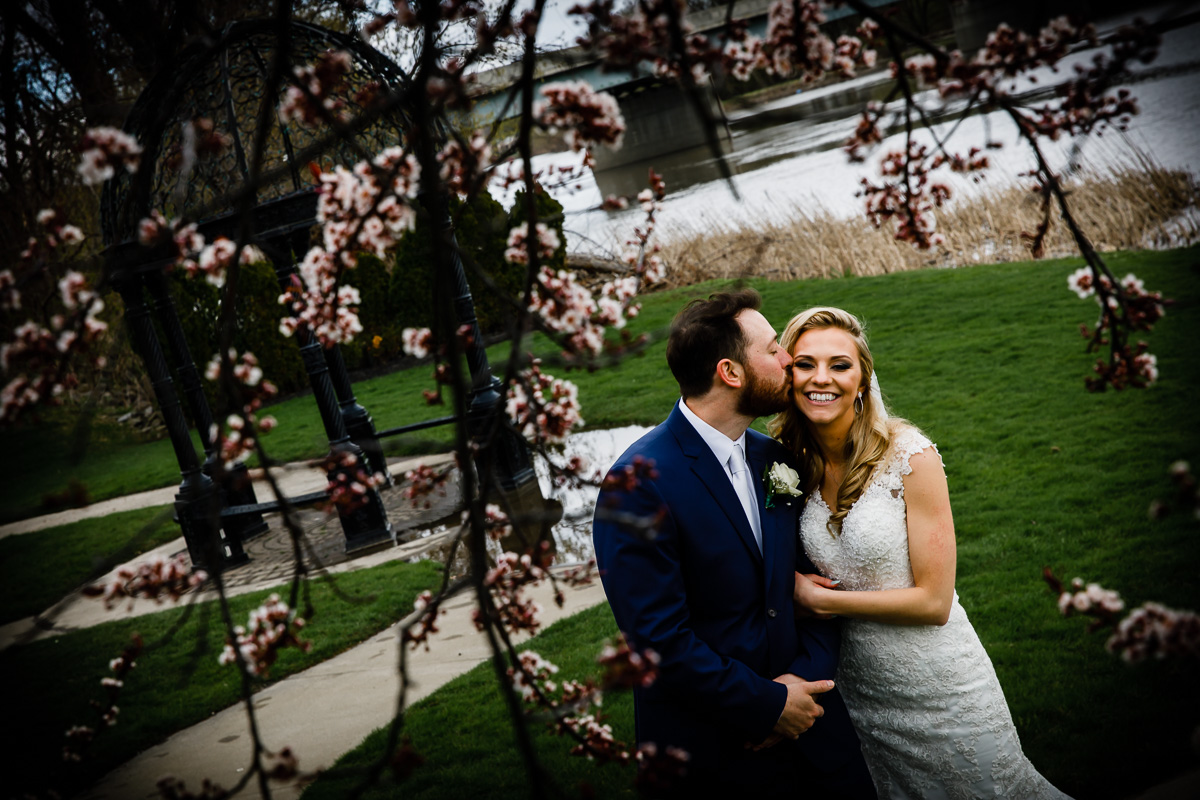 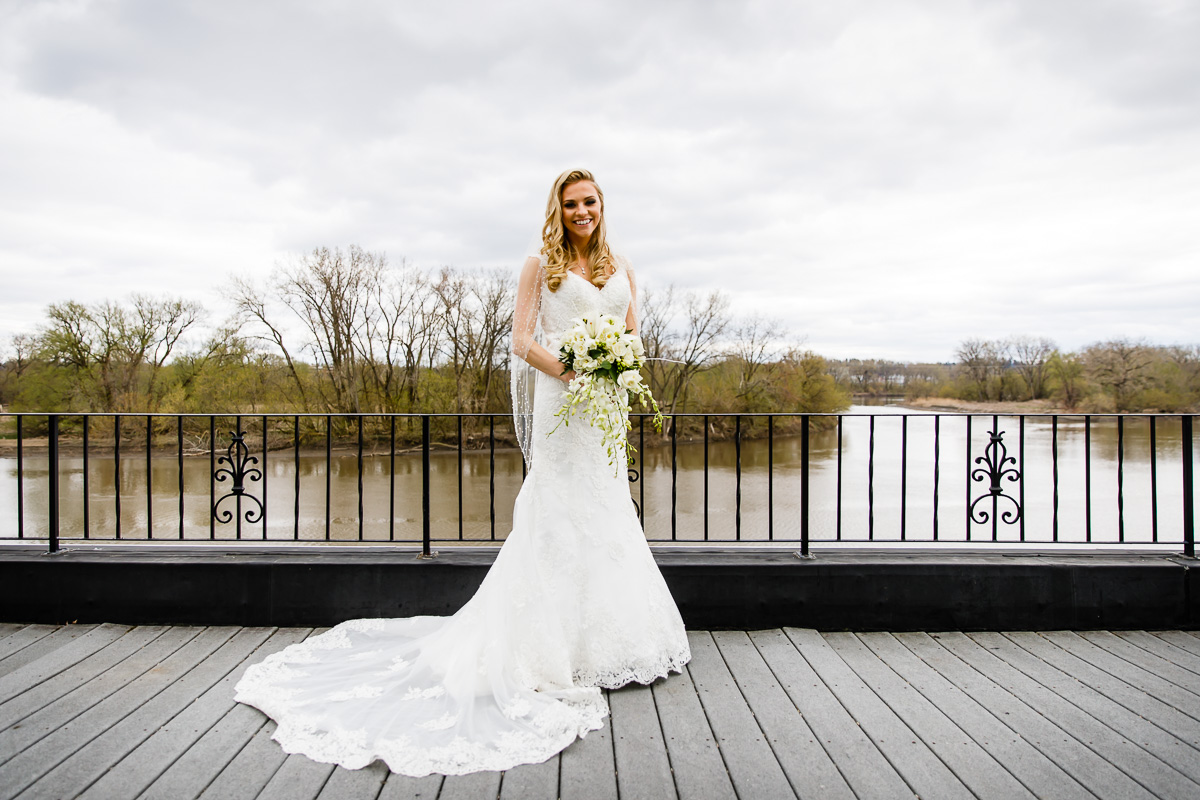 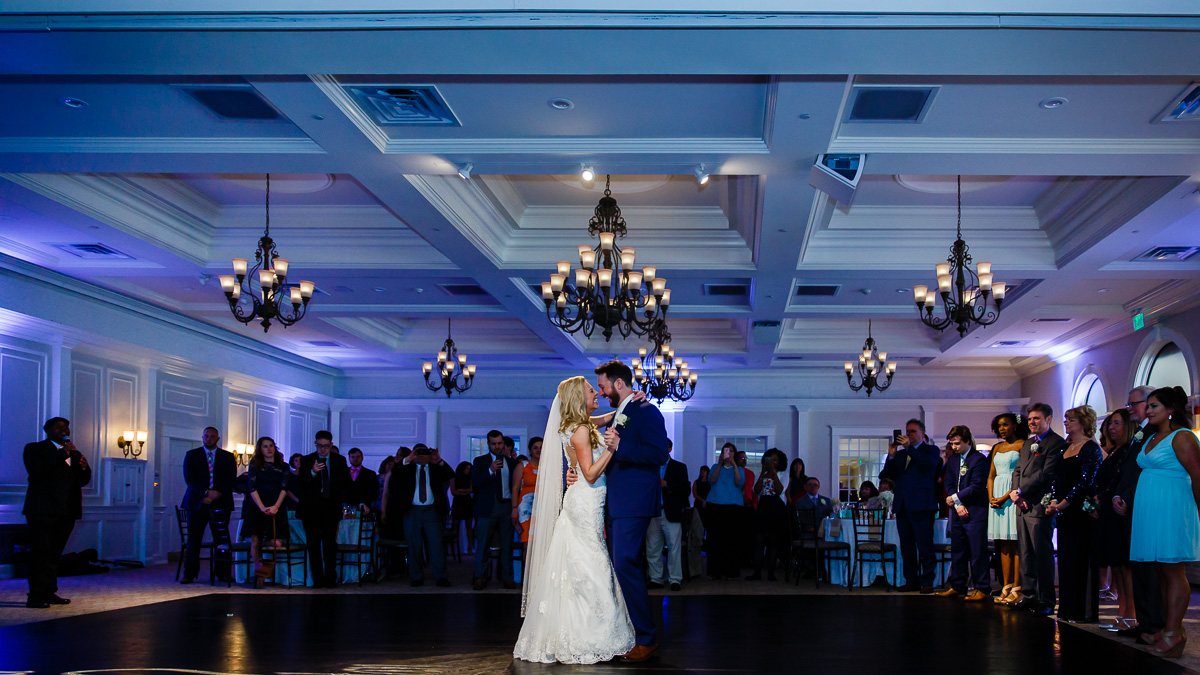 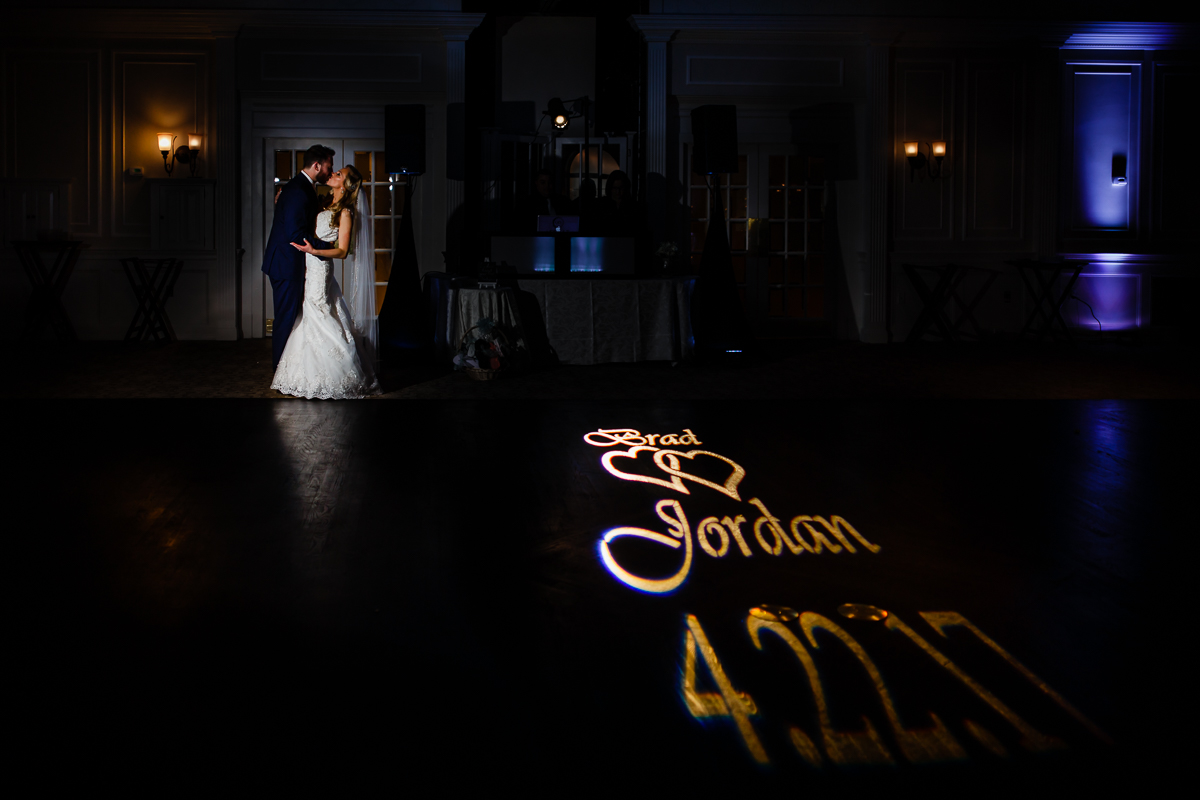 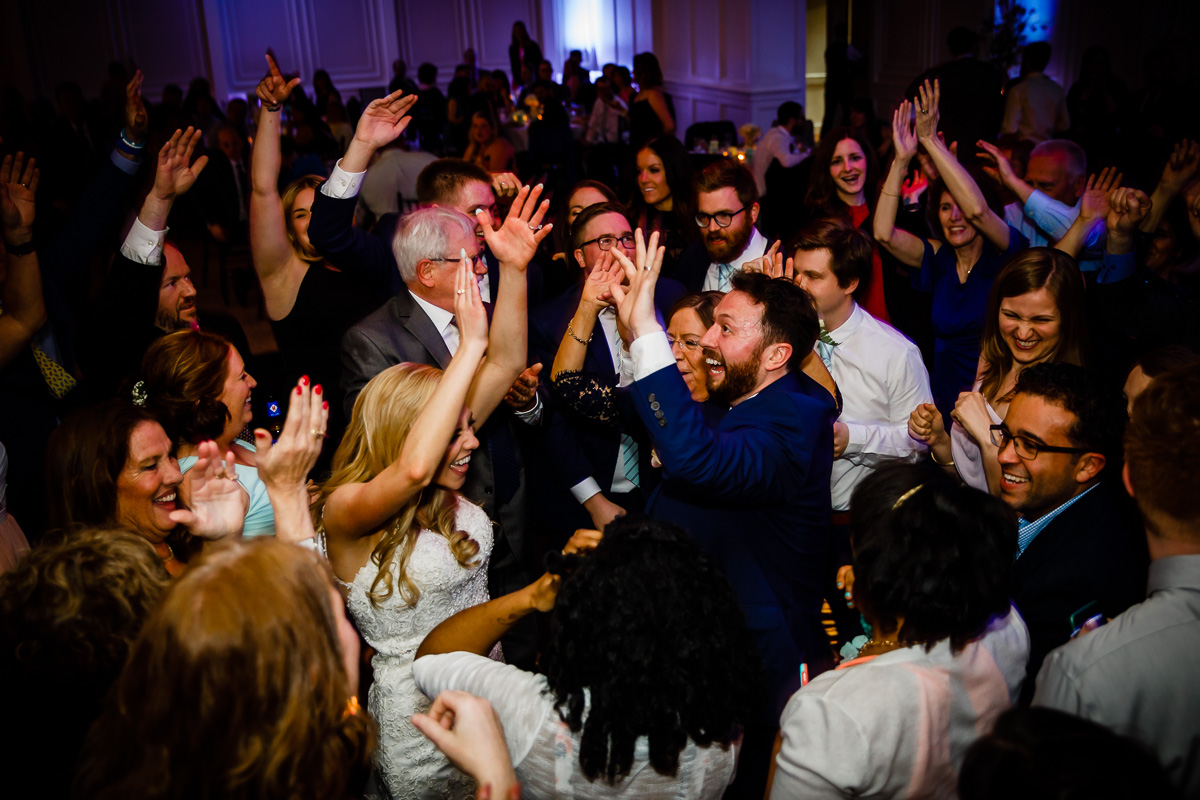 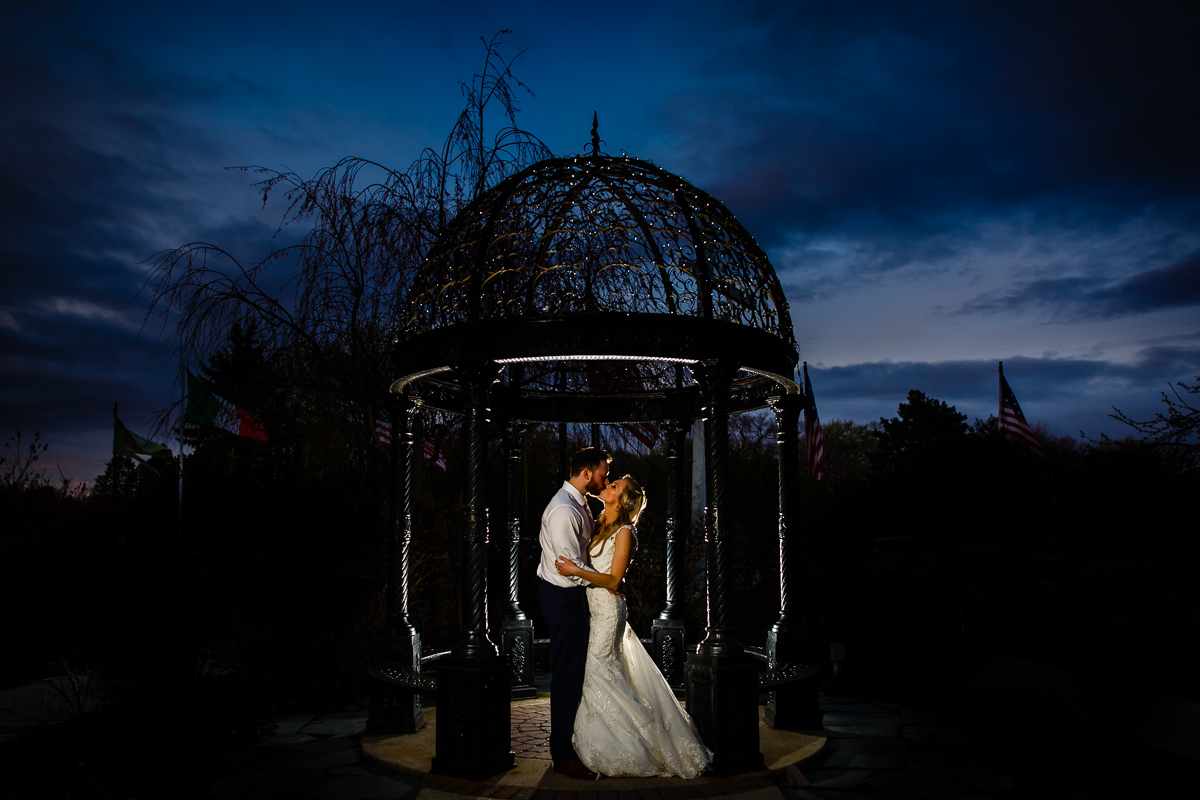 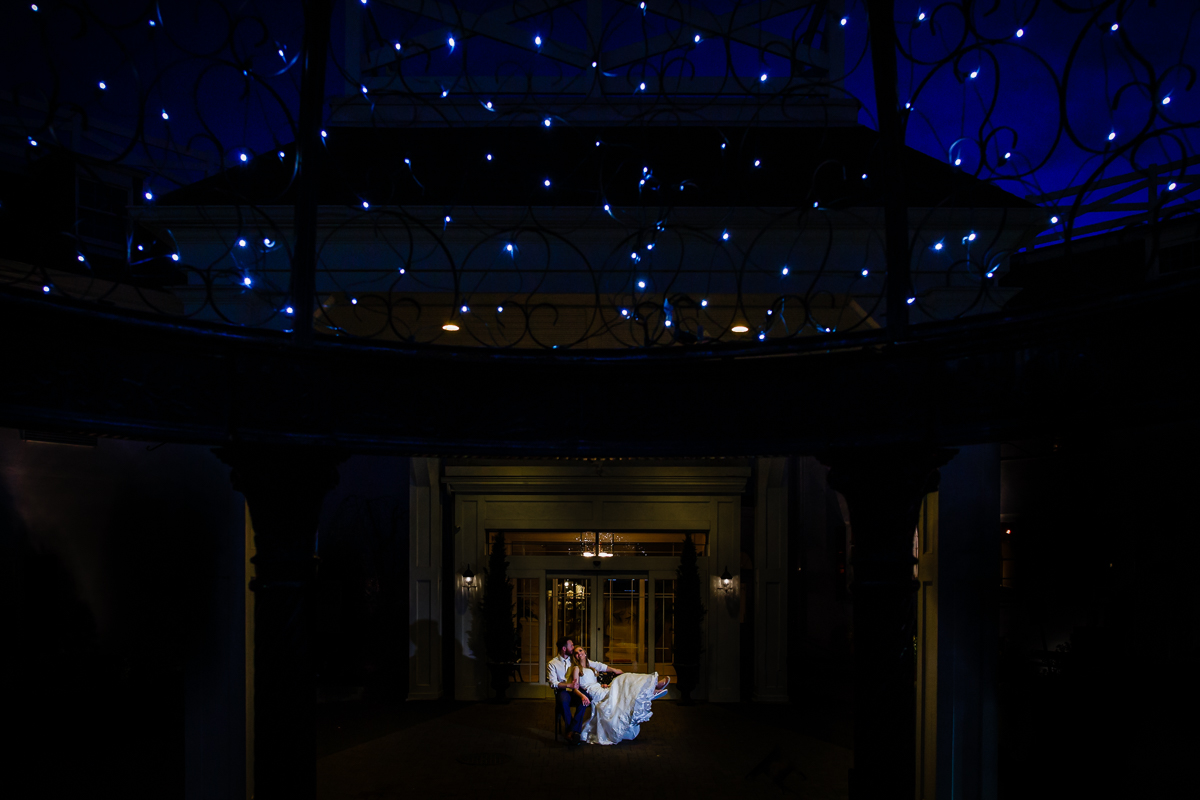 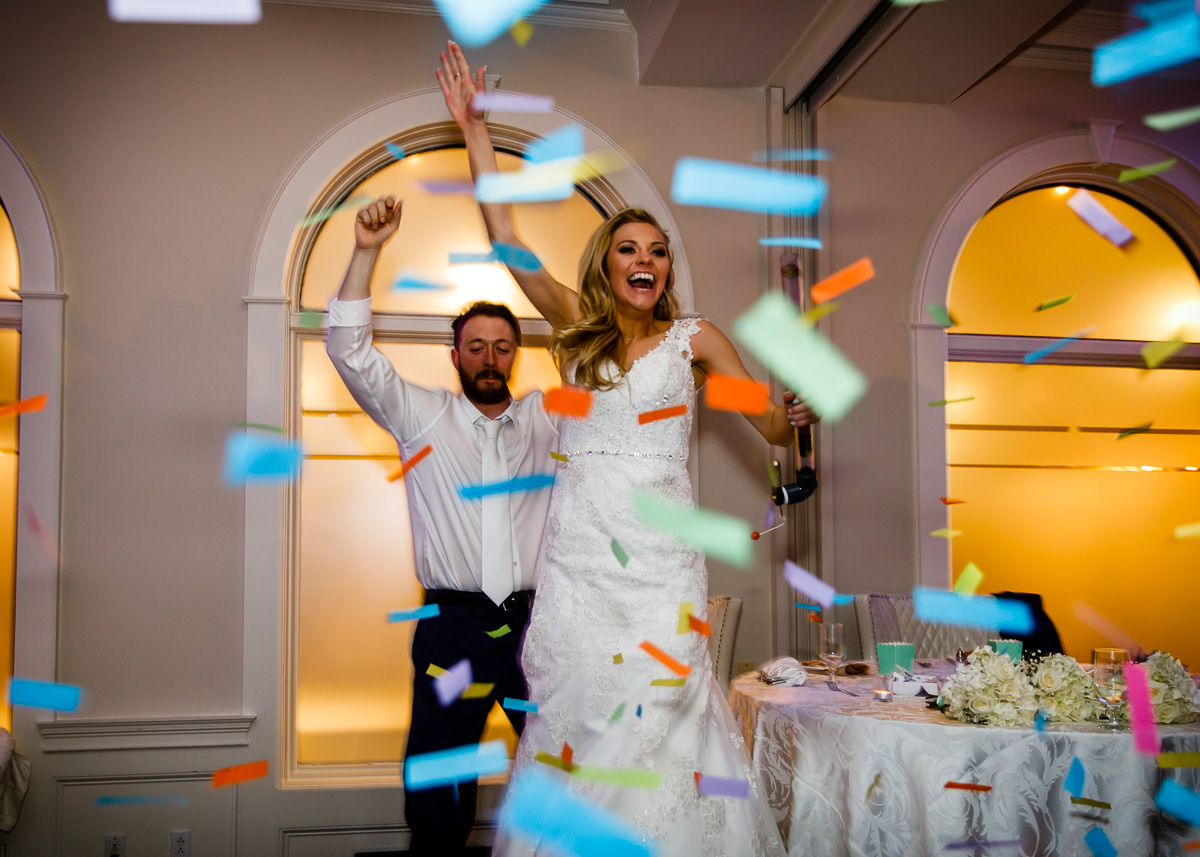 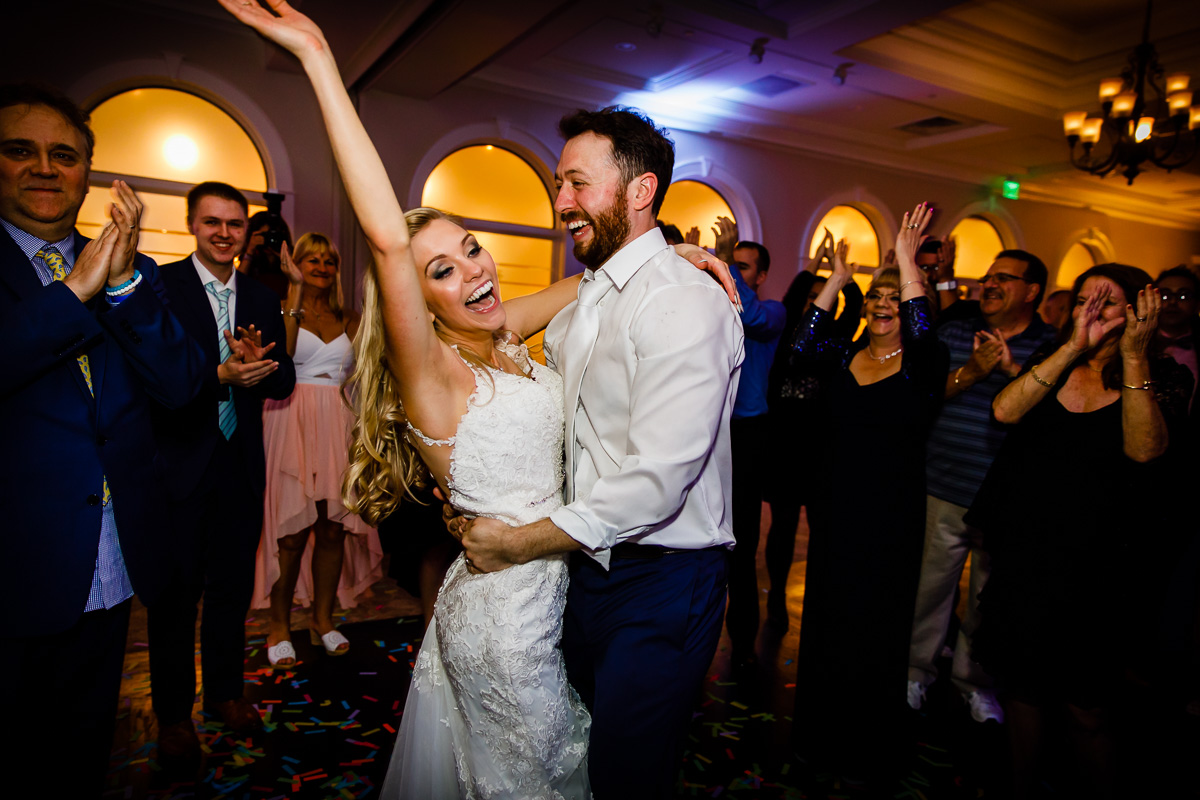